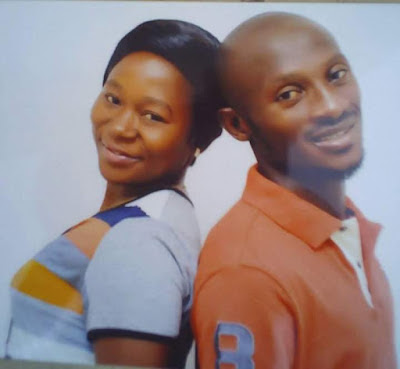 Tuesday May 24, 2016 – Picture: Nigerian Footballer Dies In Car Accident 6 Days To His Wedding

A big tragedy hit Plateau United, as one of its influential players, Sabole Shehu met his end in a car crash on Sunday on his way to Kaduna, just six days to his wedding.

Shehu was excused from Sunday’s game against Kano Pillars to enable him prepare for his wedding ceremony which had now been aborted and decided to leave for Kaduna on Sunday morning to meet with his parents concerning preparations for his nuptials only for them to be struck by the news of his involvement in a ghastly car crash which claimed his life instantly, the club’s media officer, Albert Dakup told Goal.

Pius Hemwan, the club’s acting general manager, said: ”I got the sad news of Shehu’s death with shock and disbelief. He was such a nice, hard working and dedicated player who contributed immensely to the team’s promotion to the premier league last season. He would be missed by Plateau United players and officials and we pray that Allah grant him eternal rest.”