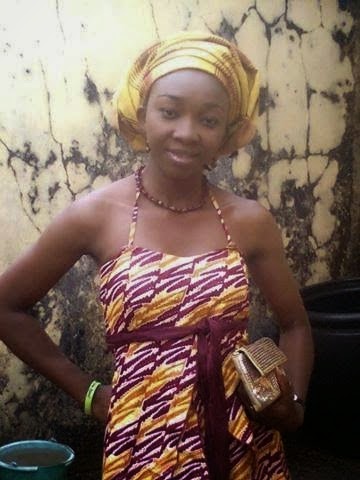 So Patrick Sawyer too get hospital, read on.

The late Liberian who brought Ebola Virus into Lagos last month was treated by some nurses at an hospital in Obalende area of Lagos.

Unknown to them, the man they were treating is a full-blown host of the infectious virus.

Meet Obi Justina Ejelonu, one of the nurses who treated the late Liberian in Obalende Lagos.

Justina and her colleagues recently took to their social media pages to give thanks to God for sparing their lives but they have tested positive to the virus.

As we speak, Justina and her colleagues have been placed at Isolation ward at Mainland Hospital in Yaba Lagos.

Read what Justina said before she tested positive to Ebola virus:

“I never contacted his fluids .i checked his Vitals, helped him with his food.(he was too weak)…..i basically touched where his hands touched and dats d only contact. not directly wt his fluids.@a stage, he yanked off his infusion and we had blood everywhere on his bed…..but d ward maids took care of that and changed his linens with great precaution. Every patient is treated as high risk ….if it were airborne, by now wahala for dey. i still thank God.”

“Friends, up to our uniforms n all linens were burnt off. we r on surveillance n off work till 11th.Our samples v long bn taken by WHO n so far we v been fine.
For me, kudos to my hospital managt cos we work professionally wt every patient considered risk cos that’s d training. had it been its a hospital where they manage ordinar gloves lik Govt hospital n some janjaweed private hosp..:lol….wahala for dey o.i must also thank Lagos Govt….infact! Even fed govt sef….all been supportive. im good n so r the others in d hosp…..”

Few days after Patrick Sawyer’s death, Justina and other staff of the hospital were quarantined. They have tested positive to the deadly virus.

Nigerians have started an online campaign to pressure America to give Justina and other Nigerians the experimental treatment drug for Ebola, Zmapp administered on the two American Missionary Doctors who contracted the virus in Liberia.

Heya! hope they all survive it.