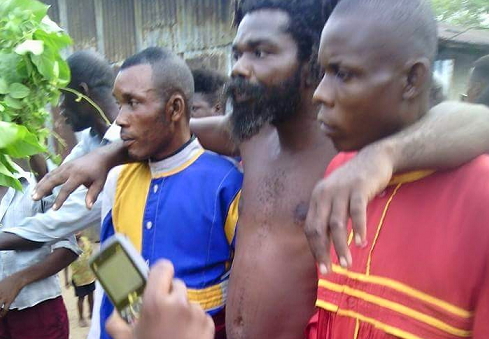 December 17, 2015 – Picture: Nigerian Pastor Who Preaches Naked To Depict Adam & Eve In The Garden Of Eden Before They Ate The Forbidden Fruit

Those who shared this photo on the social media claimed that he went around some villages in Onitsha last week telling people that he’s demonstrating how Adam and Eve were in the Garden of Eden before they sinned against God by eating the forbidden fruit.

In his own eyes, he didn’t believe he’s naked. He is fully convinced that what he was doing is the original plan of God for mankind. 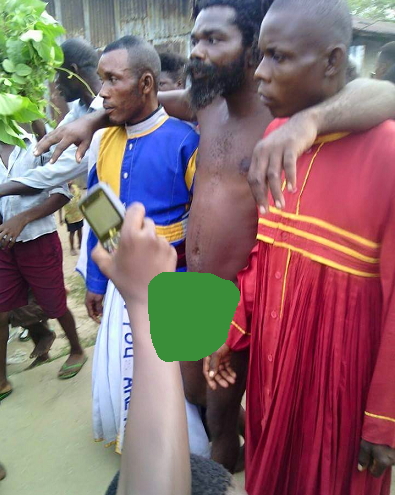 Which kind yeye man is this ooo chei!!!