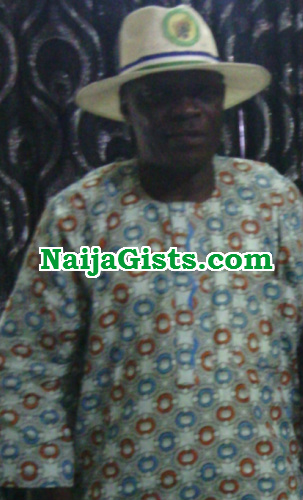 Nov 9, 2015 – Picture: PDP Chief Dies In His Sleep In Ikotun Lagos A Week After Wife’s Death

Prince Ayodele Adelaja who was recently suspended by his party reportedly died from pressures from his suspension and the sudden demise of his wife.

According to area residents, Ayodele’s wife of many years died last week following an undisclosed illness.

A week later, he gave up the ghost in his sleep in his home at Ayodele Adelaja street in Imoba compound in Igando area of Ikotun Lagos.

A source who is close to the deceased said his lifeless body was found by his children on Saturday November 7, 2015.

His corpse has been deposited at a mortuary in the area.