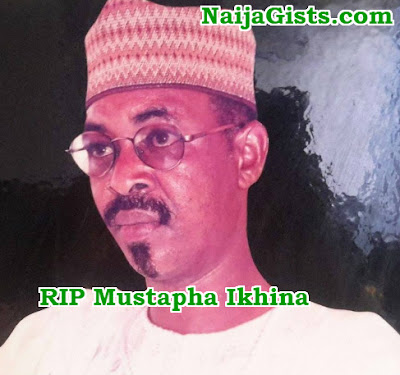 Meet Mr Mustapha Mohammed Ikhina, a senior employee of the West African Examination Centre in Calabar who died today in a hotel on Lagos Mainland.

Mr Ikhina, a 59-year-old married father of five was getting ready for his retirement when he died before his time.

The deceased who arrived Lagos from his base in Cross River state last week Monday was in Lagos for his pre-retirement training.

In the early hours of today, he fell while taking his bath but since no one could come to his rescue, he reportedly succumbed to his injuries.

A cleaner working at hotel (Academy Inns Hotel) located at 6 Lateef Jakande Road in Agidingbi area of Ikeja Lagos notified the hotel management when his lifeless body was found in the hotel’s bathroom today.

According to police, there was no physical sign of violence on the body of the deceased when he was found.

His body had been taken to the mortuary for autopsy.