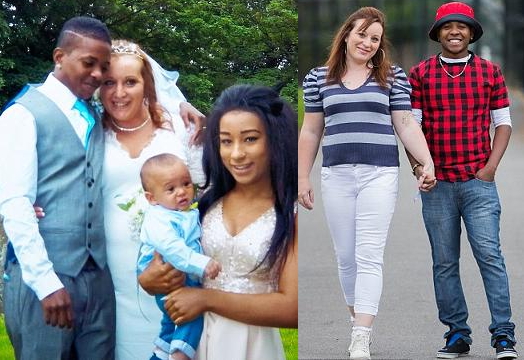 A 38-year-old mother-of-two who married a Jamaican toyboy almost half her age after he romanced her on Skype and Blackberry Messenger today insisted they are the ‘real deal’. Angharad Lovering, 38, from South Wales, flew to the Caribbean for a 3-week holiday to meet Loric Bullock, then 19, and says she knew it was ‘meant to be’ when she came back pregnant.

Her new lover then proposed by text and despite having only met him once she accepted and took out a £3,000 loan to pay for his temporary British visa before marrying him last May. In October 2013 she gave birth to their baby boy, Tyrese . It was not until March 2014, when Tyrese was five months old, that Loric got his visa and could fly to the UK to meet his son for the first time – and his fiancé for the second – marrying in the May.

The couple now live together in Cardiff with their son Tyrese, now one, and Angharad’s daughter from a previous relationship, Daisy, 15.
Ms Lovering admits that people often mistake Loric for for her son or her teenage daughter’s boyfriend.
She said: ‘A lot of people confuse him for her boyfriend. 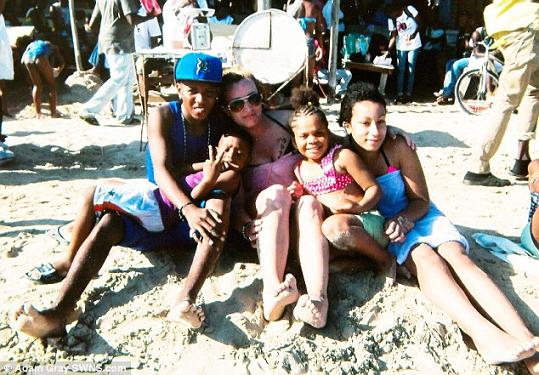 ‘I don’t look as old as I am and I certainly don’t dress my age because I don’t want to look my age. I don’t have wrinkles so I’m lucky. But Loric has a baby face. A couple of people have said to my daughter, “Is that your boyfriend?” and she has to say, “No, it’s my stepfather.”

I keep a very small circle of friends and I don’t really get on with my family so I don’t give a damn what they think.’