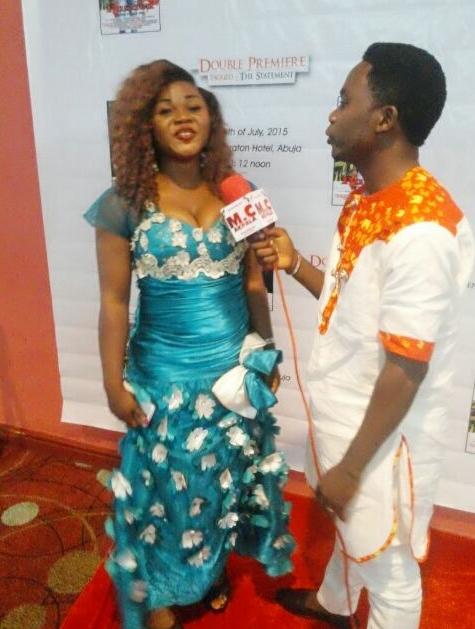 July 13, 2015 – Pictures: Budding Nigerian Actress Adeniyi Ann Boobs Cause Commotion In Abuja, How She Disgraced Guys Planning To Ask Her Out

The controversial actress showed up at a movie premiere that held at Sheraton Hotel in Abuja on Saturday in a long gown that did a bad job of holding her twin oranges together, leaving a huge cleavage to the outside world. 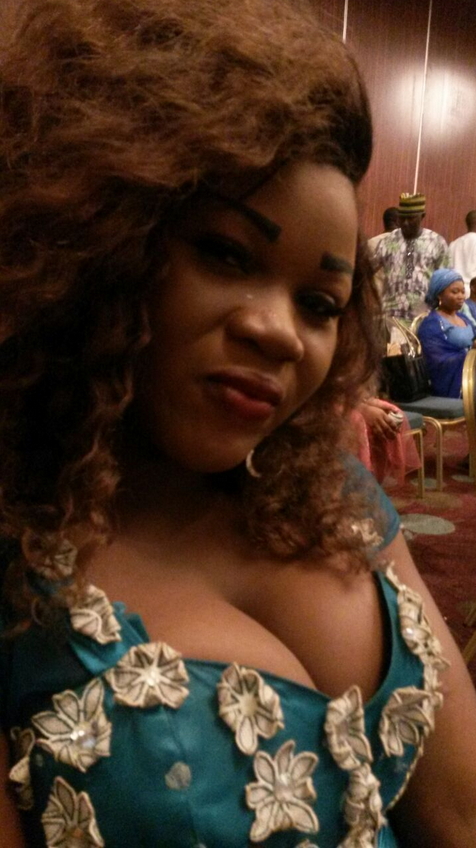 While the sexy dress appealed to many men at the event, the ladies were very uncomfortable with her. Most of them gave her disapproving stares but the actress seems unbothered by the side talks over her choice of outfit.

A group of guys reportedly walked up to her to tell her how sexy she looks. 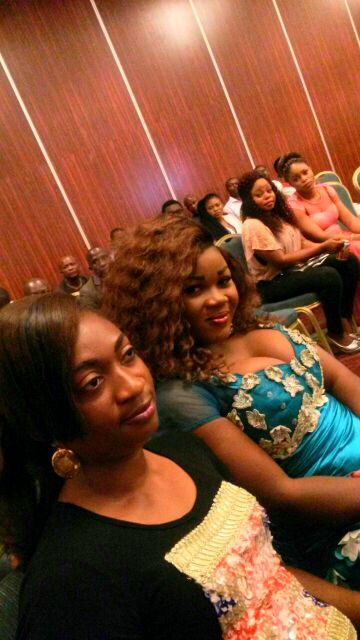 Later the young guys got into an argument on who to ask her out.

While they were busy arguing, Adeniyi Ann left the place in their presence.

Now That Buhari Has Started Probing Corrupt Leaders, Who Will Escape The Barking Dog?
Genevieve Nnaji Returns To Nigeria From The US,Nollywood Actress Arrives Lagos Airport In Style