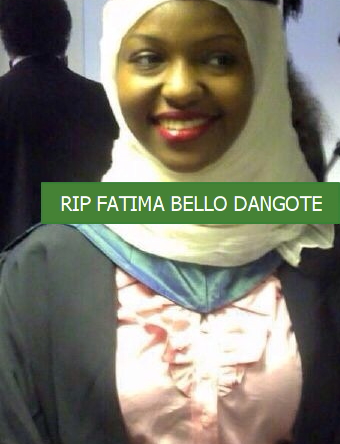 The founder of Dangote group of companies lost his niece to the cold hand of death last week.

Fatima Bello Dangote, who reportedly lost her father alongside Ibrahim Abacha in a ill-fate plane crash in 1996 lost her 2-year battle to brain cancer in a private hospital in the United Kingdom on Friday.

After her father’s death, Dangote single-handedly brought her up and trained her through University.

The Kano-born Billionaire is reportedly saddened over her untimely demise.

She was buried in London last week.