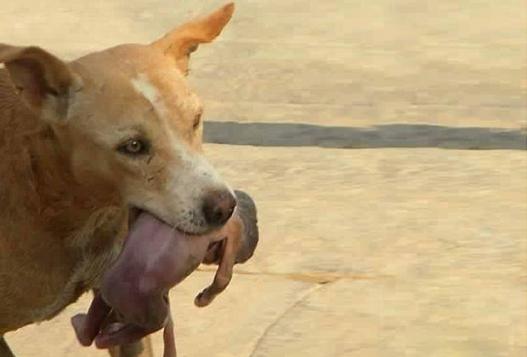 The above photo of a female dog carrying a newborn baby has gone viral in Saudi Arabia.

According to Saudi Daily News, the innocent baby was abandoned near a waste bin by his mother.

The compassionate dog was wandering on the streets when she found the innocent baby with umbilical cord.

She got closer to the baby and grabbed him before racing to a nearby house where she dropped him by the door. 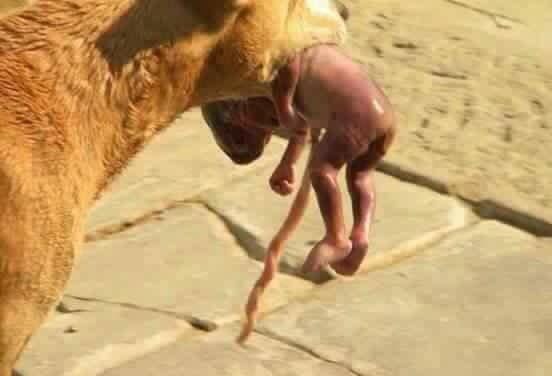 The dog allegedly started barking and scratching the door until the occupants opened the door and saw the shocking sight. The family took the baby to the hospital and as the story goes, the baby survived.

The heartless monster who abandoned this innocent child must be brought to justice.

This dog is indeed an angel…..