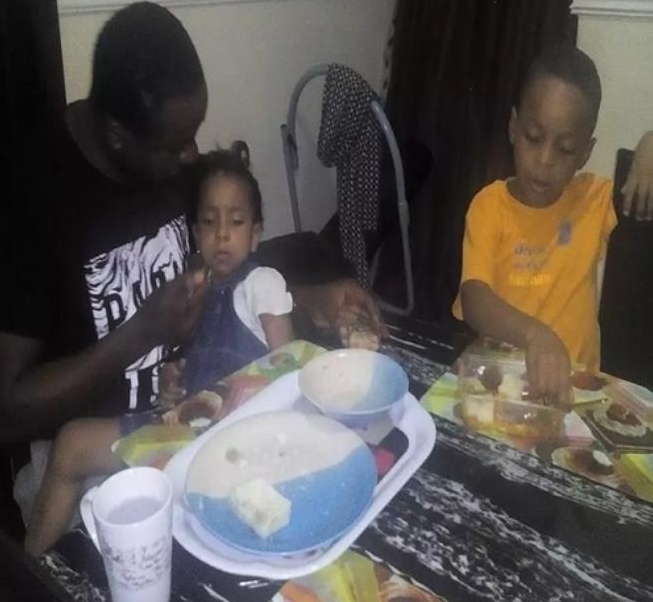 Nollywood actor Emeka Ike’s divorce mess has started taking a toll on him.

Few days ago, the actor shared a photo of himself feeding two of his four children.

Weeks after his wife packed out of her matrimonial home, Emeka Ike took 2 of his four kids from her with the promise of returning them but he never did.

The actor was forced to beg his wife to come back home for the sake of their little children but she has refused.

This emotional photo of Emeka Ike’s youngest child crying as he feeds her is going like wildfire across the social media with many fans blaming Susanne for abandoning her children.

Emeka Ike recently accused Chris Okotie of Household of God for encouraging his wife to divorce him. 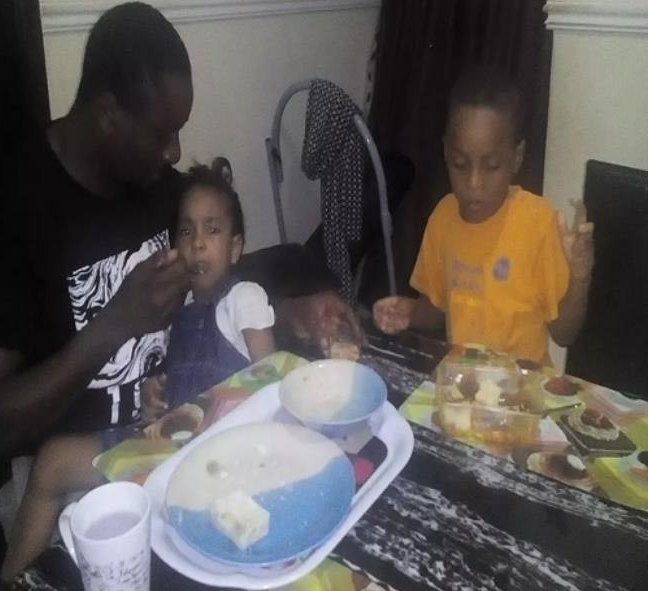 It is obvious this little girl is missing her mother.

Hope Susanne Reno will see above photo and pity the innocent baby girl.