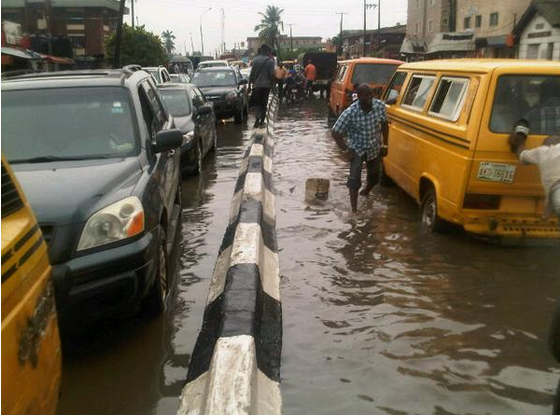 A heavy downpour that hit Lagos for close to an hour has caused serious traffic issue in the state.

A Twitter user based in Egbeda today tweeted these photos of the aftermath of a 45-min rainfall that caused flooding on Akonwojo road.

Several other areas in Lagos were affected by the flood. The bad drainage system in Lagos contributed to the flooding. 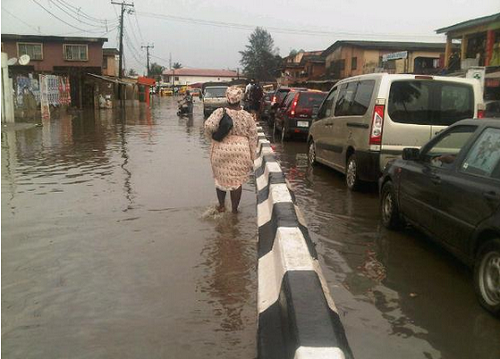 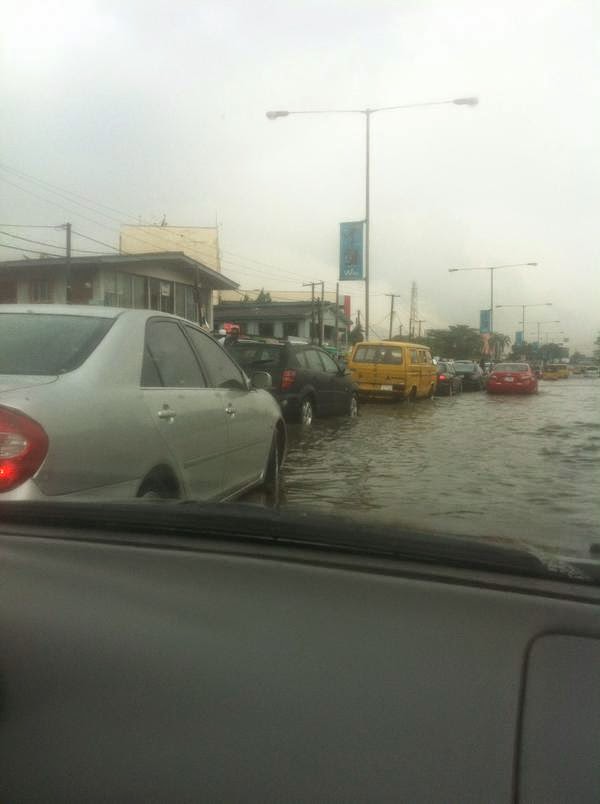 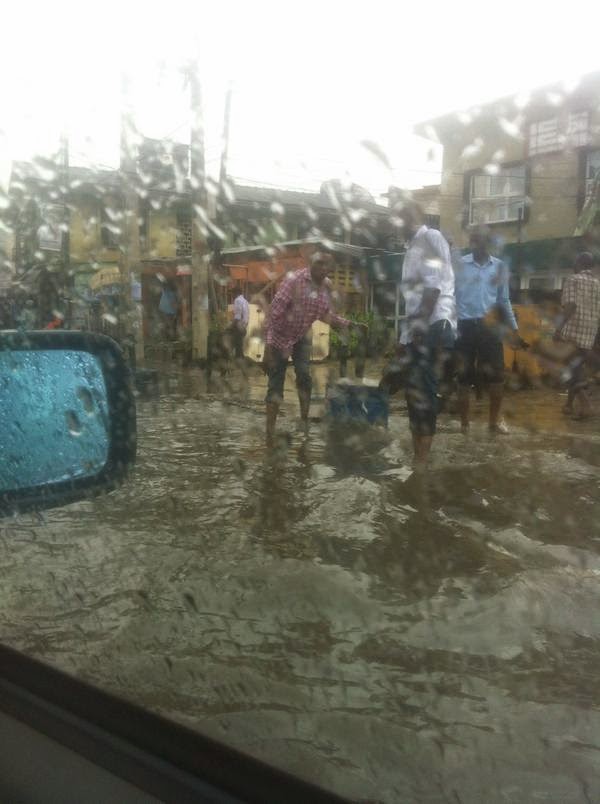 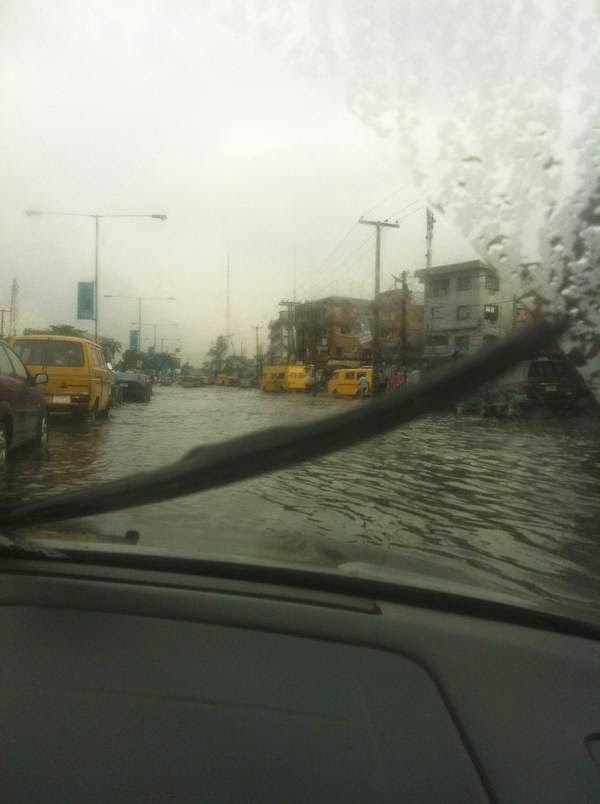 Lagos State Government should work on improving the drainage system in the state.