What was the feeling like playing for the super Falcons?

It was a very good feeling, I enjoyed my time playing for Falcons. In fact I was on the verge of being one of the greatest player for Nigeria then, but due to my predicament and the issues that I faced I couldn’t really explore fully my potentials. It is very painful as I had a lot to offer, but my predicament stood in my way.

As a former Falcons player, did you experience any form of discrimination?

Very well, I was discriminated against on my occasions, especially when it was established that I was a Hermaphrodite some started ganging up against me, some didn’t even want me to play football at all.

Basically, it was a big problem that I battled with, but I tried my best not to be deterred, I overcame the whole issue without allowing it to bother me because I felt I didn’t create myself so I moved on with my life without letting it disturb me. 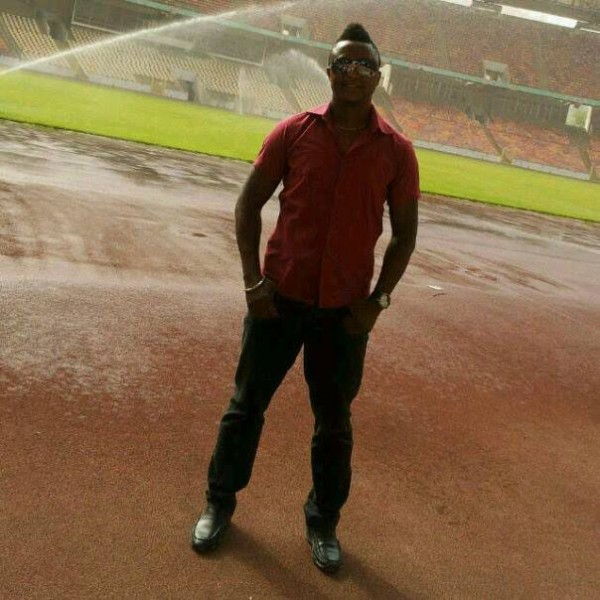 Where did you have the surgery?

It was done in California, Los Angeles in the United States of America.

Who funded the surgery?

It was funded by the former Federal Capital Territory (FCT) minister who is now Governor of Kaduna State, Mallam Nasiru El Rufai, while Alhaji Muhammed Abba Gana, both jointly footed the bills, they were the one who put smile on this face, basically, these two powerful are the ones who are behind my new masculine look.

Why did you opt for the male gender?

Actually I didn’t opt to be a male just because I wanted to be a male, a lot of test were carried out on me home and abroad and it was detected that I have more of the male system than female.

So at that point, I have no choice than to settle with the gender that is appropriate with my body system. More so, the thought of being a father someday runs through my mind every time.

Would you love to play for Super Eagles, if the opportunity present itself?

Seriously it has always been my dreams to don the green white green of this country (Nigeria). But I can’t now due to my predicament I haven’t finished my surgery secondly I don’t think age is on my side anymore.

However, I could become a coach if the money and environment are good enough. I was discriminated against when I tried to get myself a clubside to play for sometimes ago, truth is the moment teams get to know my predicament they will start acting very funny by saying they don’t think I can fit into their team since I have played in the female team before.

How did you take it?

I have to resign to fate, it is very painful though but what can I do. Like I said earlier, age is not really on my side now, maybe if I can lay my hands on coaching I think I will do well.

Do you still train as a Sportsman?

Sure, once a sports man is always a sports man, nowadays I have reduced the way I train because I no longer play professional football. What I do now is just training to keep fit.

Well, people are beginning to get used to my new look, they now address me as a man, people now call me James Johnson, and this really gladdens my heart.

How did you come about your present name James Johnson?

My family name is Abade and that explains why I bore my old name “Iyabo Abade”. I was bearing Iyabo Abade when I played female soccer, but after the surgery my identity changed and so name has to change too, it will be unwise of me to retain that same name, so I decided to adopt the name James of course you know it is a Biblical name, then I added Johnson to it.

My father of blessed memory was bearing Johnson Abade, so I choose to keep the name alive since he is no more.

Which part of Nigeria is James Johnson from?

What has been your relationship with your former female mates in both club and national team?

Many of my former team mates still welcome me, they don’t discriminate in fact they still see me as part of them. We see ourselves as one big family, we still do many things together even when I am no longer in the group with them.

How much do you need to do the final surgery?

I still need about N12 million naira my doctor says I have to stay in America for a year, so that he can monitor me for 12 months. Actually, since I have to be there for close monitoring for about 12 months part of the money will be used for feeding, accommodation and other needs.

How is the relationship like now between you and the opposite sex?

Truth is I am loved by women, there is no doubt about that. Many ladies want to be around me, I think they share and understand my plight, that explains the love from them.

Yes that has always been my dreams and aspirations, I really want to be of help to people in similar situation. I was in the same situation I know how it feels to be stigmatised against.

My prayers right now is to have the means later in the future to be able to float a foundation that will help correct this abnormally in some humans.

When you had the surgery, was it easy adapting to a new gender

No, it was a big task for me in the beginning adjusting to a new system altogether. I had to change everything about my former self, my dress mode, attitude and even ways of life, “my brother you too try to imagine it, you will realise what I went through”. But all I can say right now is to thank God, I have now adjusted and accepted my fate.

What are the things you miss now that you are a man?

Seriously, I can’t say I am missing anything, I opted to be a man because God wanted it to be so, otherwise he wouldn’t have allowed the male hormones to overshadow the female hormones. I am not regretting the step I took, because it is actually the right step.

I have someone very close to my heart, she stays in America, in fact we have been very close friends before my surgery. So between both of us anything can happen, but I have to complete my surgery before I can even think of having sex with a woman.

Which capacity would you like to serve Nigeria now?

I want to become a coach, I want to impart football knowledge whether male or female. I am available to coach anyside in any age grade, I call it giving back what I have learnt over time.

Have you called the attention of the government?

I was invited by the former first lady Mrs. Dame Patience Jonathan to Aso Rock in Abuja during their tenure, the ex-President started to show concern on my matter towards the tail end of their first term in office but since they weren’t re-elected back into office my file has been left unattended to.

What effort have you made to reach this present government?

I am working on reaching them, in fact, this interview is another avenue to reach them. The truth is we know how things work here, one has to meet up with the protocols and processes involved.

What about your own state government?

I have tried to get in contact with the government in my state. The immediate past governor of Delta State Emmanuel Uduaghan promised to help foot the bill for my final surgery, ever since I have been waiting yet nothing happened, then I decided to write a letter of reminder but it wasn’t treated because election was coming up at that time.

I have been speaking with the current governor, Ifeanyi Ikowa and he told me that he is still re-assessing my file but till date nothing has happened. I really want the Ministry of Health in Delta State to also come to my aid, they should come to the rescue of one of their own.