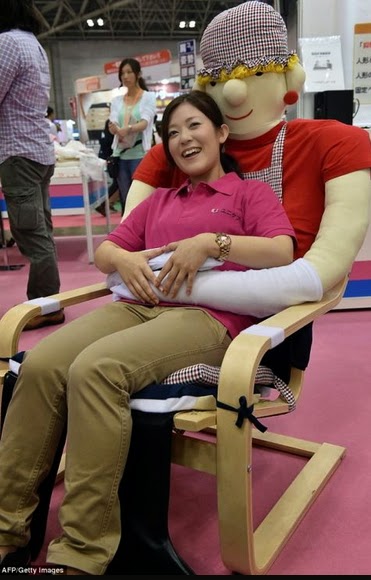 There are times in everyone’s life when only a hug will do. Now one Japanese company has come up with a chair that’s always ready to give a comforting cuddle.

UniCare, a company in Japan has come out with a unique but rather strange invention – the hugging chair. The chair’ back is shaped like a giant human doll with a friendly face and long arms that can wrap around anyone who sits on it in an affectionate embrace, according to MSN News. The product sells for around $ 419. 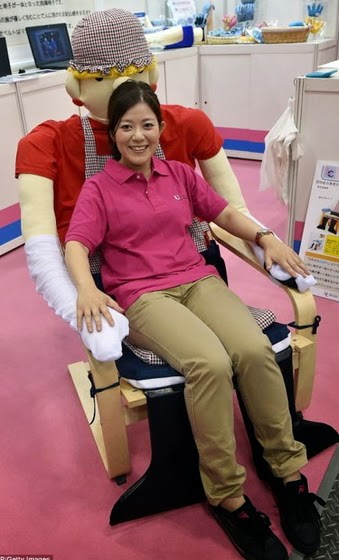 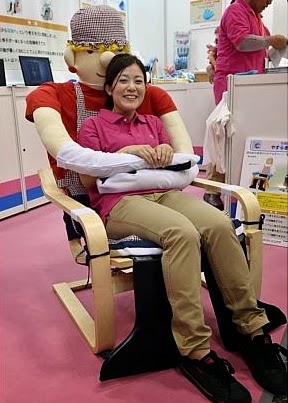 “It makes you feel safe,” “Anyone can use it, but it is designed for older people.” – said a UniCare spokesperson.

Given that a quarter of Japan’s population is currently over the age of 65, and the number is expected to rise to 40 percent in coming decades, the tranquility chair as it is also called, is really quite apt for the Japanese market.

UniCare has rolled out similar products in recent times like the ‘Life Rhythm Dolls’ that are programmed to remind owners to take their medicine or go to the toilet.

“They are comforting for people who live alone – they can talk to them and hug them,” the spokesperson explained. “They also play old Japanese music, which is good for older people.”

Inspired by the studies of Professor Hidetata Sasaki, the hugging chair is designed to also help dementia patients or people suffering from anxiety, fear or uncontrollable relax.