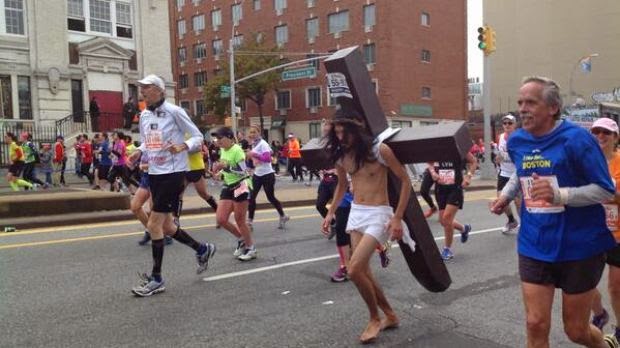 He thought dressing like Jesus will give him special attention but he ended up losing as many spectators booed him. 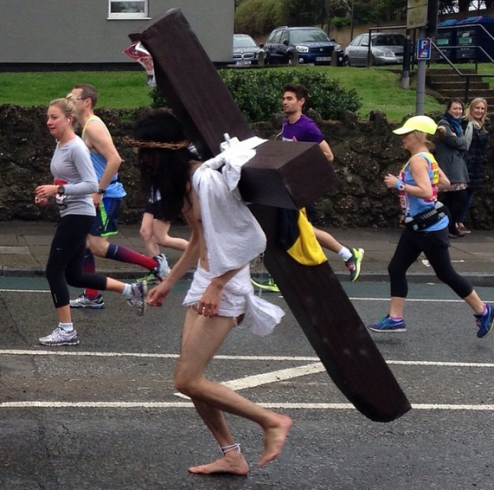 Mr Takeuchi joined other Marathon participants yesterday in London dressing like he did back in 2013 and he got the attention he missed back in New York.