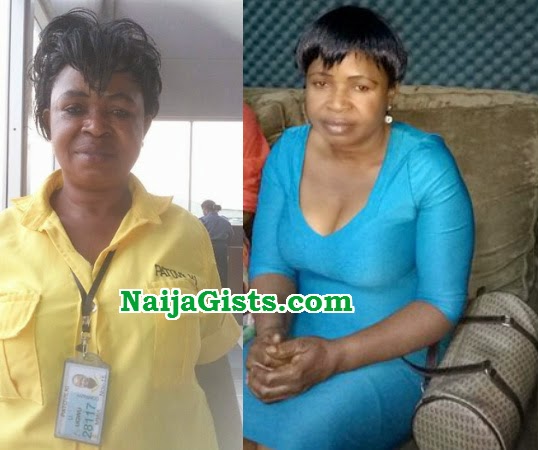 The salary of a female cleaner who returned 12 million naira forgotten by a passenger at MMIA airport has been increased to N15,000.

The National Diploma graduate of Our Saviour Institute of Science in Enugu was on a monthly salary of N7800 before the incident.

Her employer, Patovilki Cleaning Services, a company contracted by FAAN to clean MMIA airport thinks the salary increment is the best way to compensate her for returning N12million. 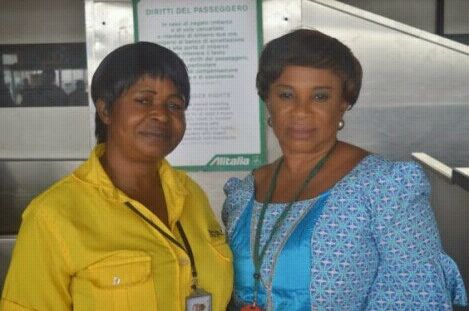 Her colleagues are not happy with the way the FG compensated her exemplary behaviour.

In an exclusive chat with Punch, Ugwu’s colleague said:

“Some people have abused her and called her a fool for returning the bag. It now looks as if what she did was wrong. Most people will not be motivated to follow her lead when faced with similar situation. The government should have, at least, sent her a commendation letter for what she did.”

“Twice in December 2014, she returned passengers’ luggage with huge sums of money in them.

“One contained about N600,000 and the other had close to N2m. if it were to be a case of stealing and she was caught, I am sure the government would have been quick to send her to jail.”

Josephine Ugwu, however, said she is happy her salary was raised and she has no regret for returning the N12million

“I believe that a good name is better than riches. This incident has taken my name far and wide and I am happy that it is for a good cause. God’s reward is the ultimate, but if the government will give me a proper job as promised, I will be happy.

“My company on its part has tried and I am grateful for the management’s action. My salary has been increased and I have also been promoted.” – Ugwu said

She is such a trustworthy woman. Hope FAAN can do more to compensate her.