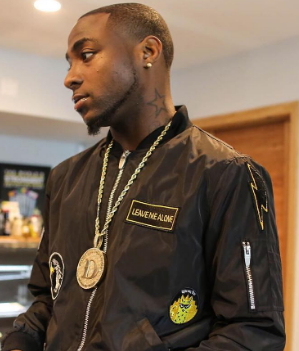 Veronica’s mother revealed this to @subdeliveryman on Twitter with photos and letters sent to Davido’s dad back in 2014. 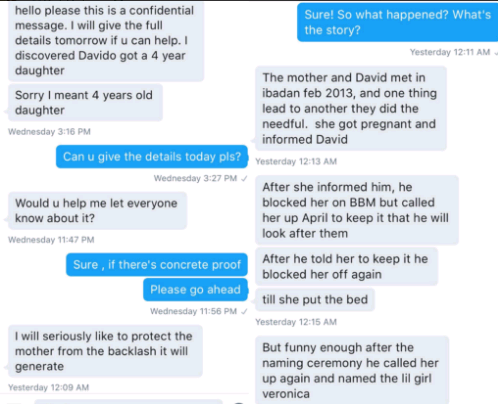 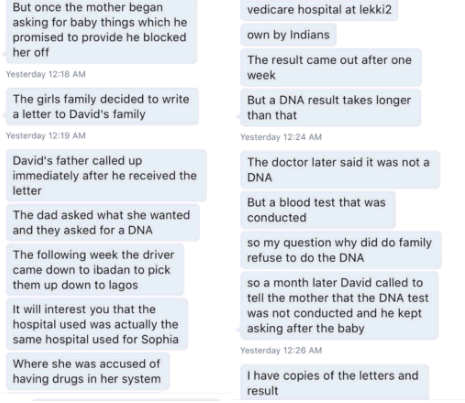 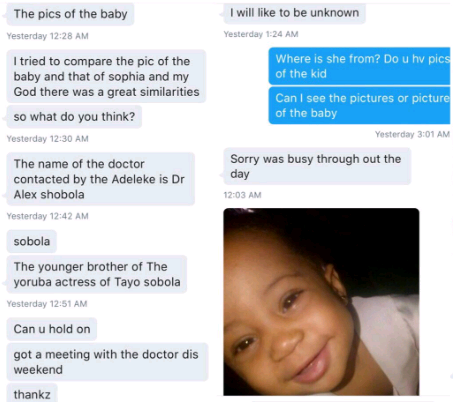 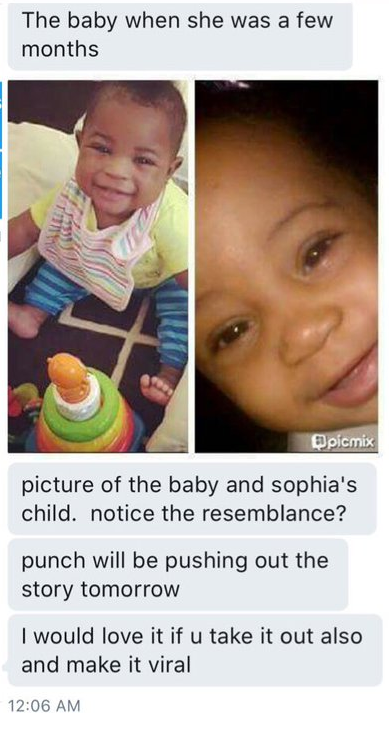 Davido was said to have agreed when the lady he had a one night stand with in Ibadan told him she’s pregnant.

When she put to bed, she called to inform him only for him to block her.

During the naming ceremony, she called again to get a name for the baby and since then, he has permanently blocked her.

Veronica’s grandma, who is a widow wrote these letters to the Adeleke for help and since then they have been on the case. 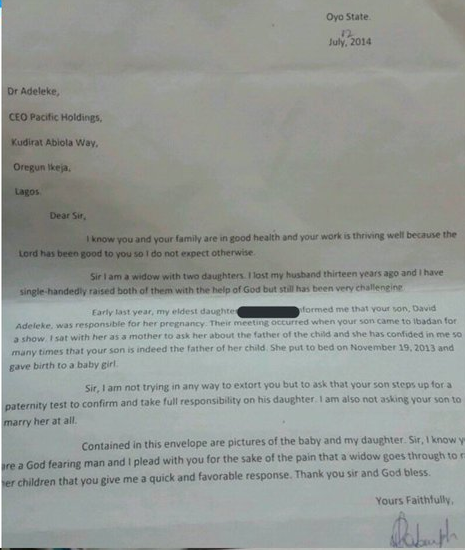 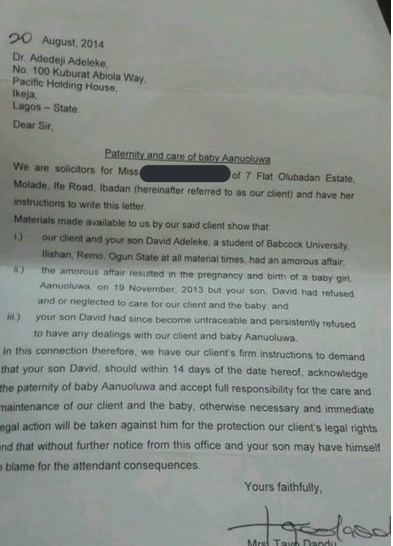 If all of the above is anything to go by, then Veronica Adeleke is Davido’s first child.

The singer is fathering another girl, Imade Adeleke with Sophia Momodu.

He is also expecting another baby with his Atlanta based girlfriend, Amanda.

E be like say Davido has taken over from 2Baba… His own go pass dozen with the rate at which he is going. **wink**

For the records, Veronica Adeleke is Davido’s late mother’s name.