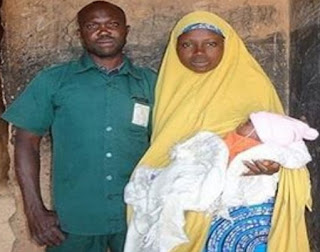 In 2009, Muhammad Sirajo Musa, a resident of Zaria in Kaduna state got involved in a serious accident on his way to Eid el Fitr prayers.

In the near fatal accident, Musa’s manhood got severed to the point where he himself had lost hope of ever using the reproductive organ again but miracle came when the Emir of Zazzau offered to sponsor his surgery.

The first leg of his treatment was done at ABUTH in Zaria before he was referred to an Egyptian Hospital where a new penis was developed for him.

According to reports, doctors moulded the manhood using muscles from Musa’s arm and thigh.

The new manhood was then inserted below his severed penis where it was nursed for close to one year before it was removed and planted in the original manhood position.

In a recent interview with Daily Trust, Musa thanked Allah and his sponsor for making the surgery a reality.