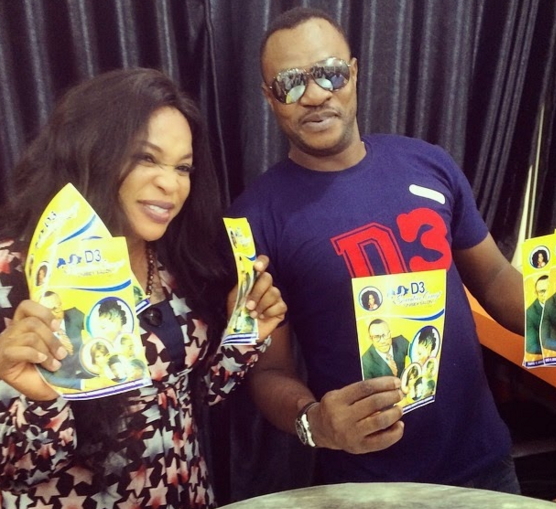 The story making round among Nollywood celebrities is that popular Yoruba actor Odunlade Adekola has found love in the heart of Kemi Afolabi.

According to whispering birds, the Nollywood superstars married to different partners started an affair back in 2014.

The two have been spotted together on different occasions at an hotel (name withheld by request) in Ibara Estate in Abeokuta.

A worker at the undisclosed hotel who leaked the secret to NaijaGists.com source has turned down requests to reveal the name of the hotel for fear of losing her job.

The bond of love between them reportedly kicked off after the release of a romantic movie titled Rihannat where both engaged in deep romance.