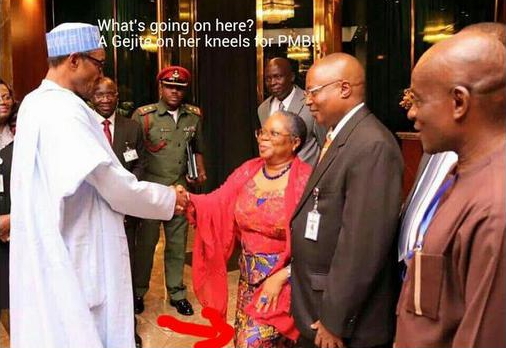 Believe you me, veteran Nollywood actress and legendary singer Onyeka Onwenu knelt down for Buhari yesterday after she met her at Aso Rock villa. 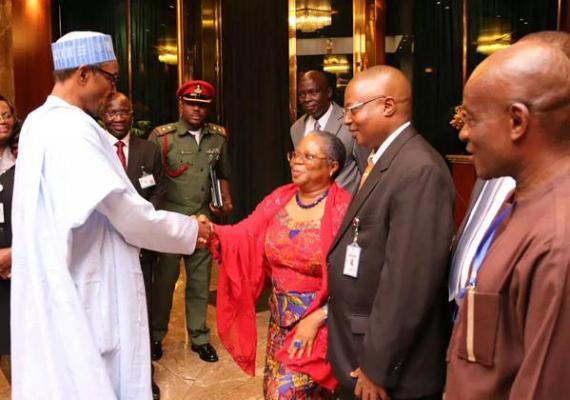 According to Presidency sources, Onyeka Onwenu reportedly begged Buhari yesterday while claiming her innocence of the N17 million contract bribe allegation brought against her by ICPC (The Independent Corrupt Practices Commission). 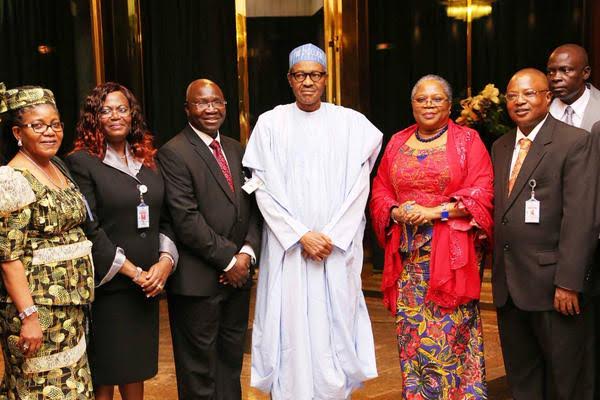 As we speak, her Personal Assistant has a corruption case pending in court.

Onyeka Onwenu was one of the popular faces on President Jonathan’s campaign trail. At a point, she joined the former First Lady Patience Jonathan to throw insult on Buhari.

Hear what Nigerians are saying about it: 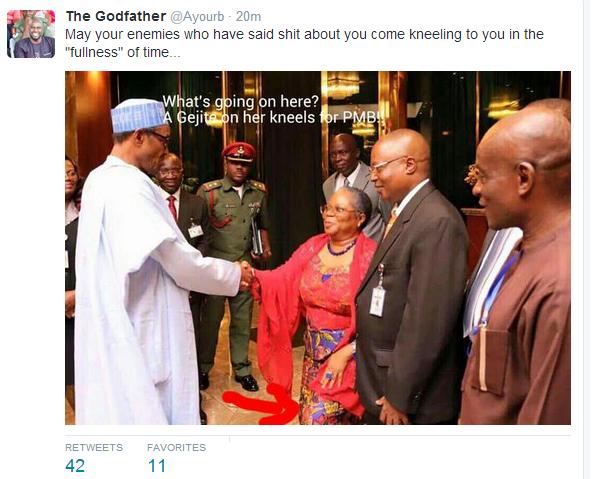 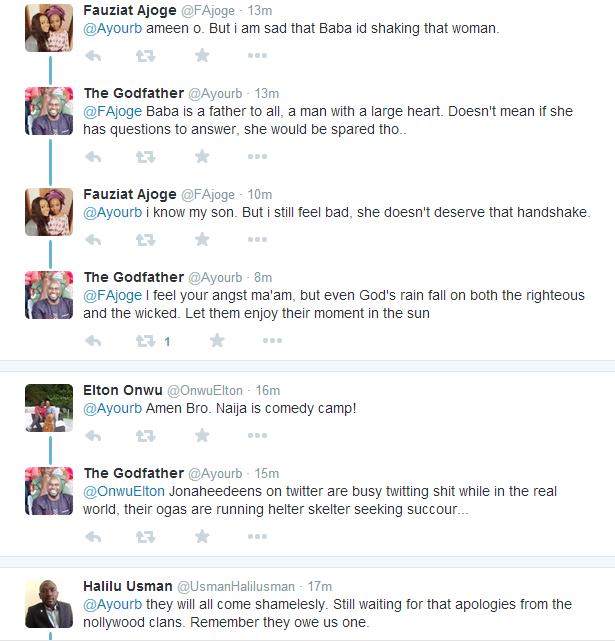 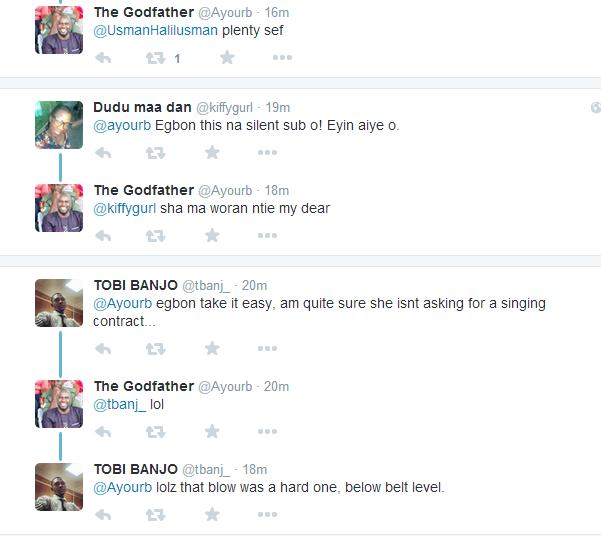 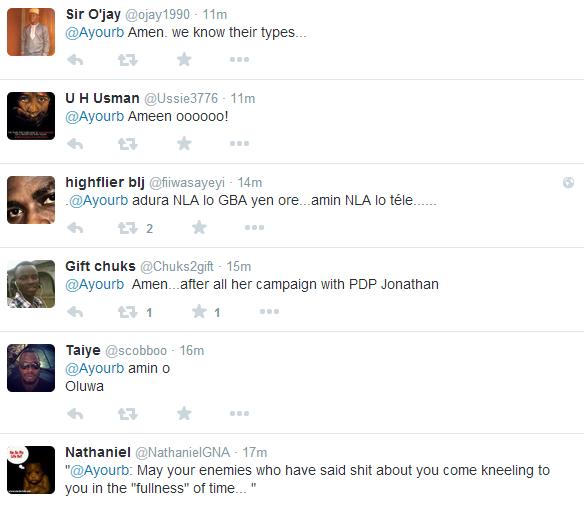 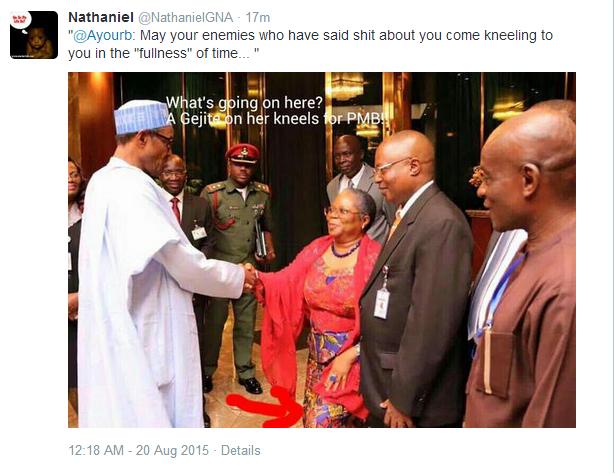 She is the first official from Jonathan’s administration to go down on her kneel to greet Buhari.

Onyeka Onwenu gets a thumb down for bringing shame to all GEJ fans.

She even launched an infamous single with this lyrics:

“If you vote APC na your prison

If you vote Buhari na your toro

Choi!!!! Politicians no get shame oooo.