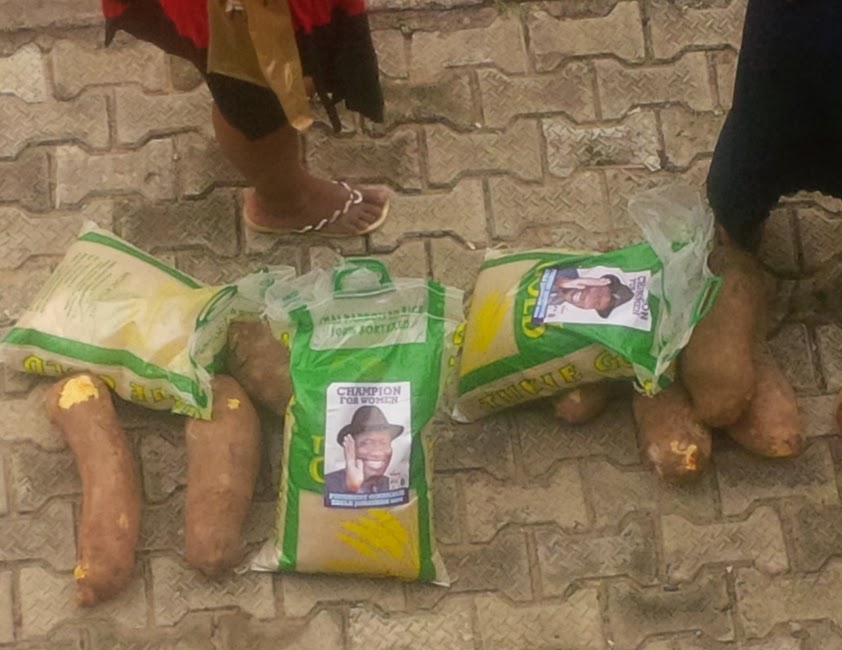 Few days ago, President Jonathan stormed Lagos for a 5-day visit during which he gave out dollars to strategic groups to mobilise supporters for his reelection ambition.

It was a big show of shame last week as some Lagosians fight dirt to get their own portion of the Presidential Yams and Bags of Rice at Army Arena Shopping Complex in Bolade Oshodi.

Beneficiaries were told to forcefully raise the poster of President Jonathan and take photo before they could have a bag of rice or yam.

However some some APC members  stormed the event with Buhari’s poster but they were sent back.

See photos from the distribution arena below: 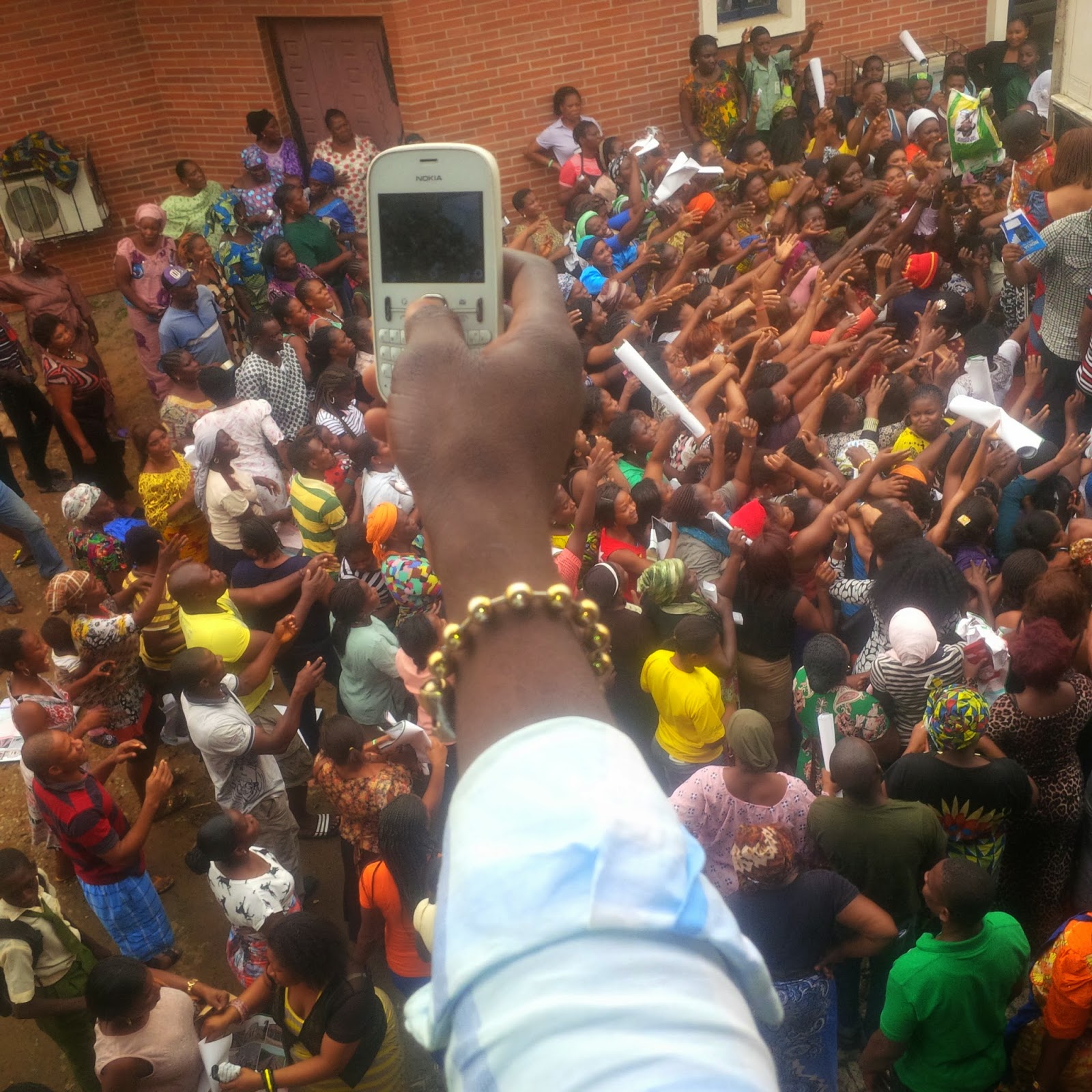 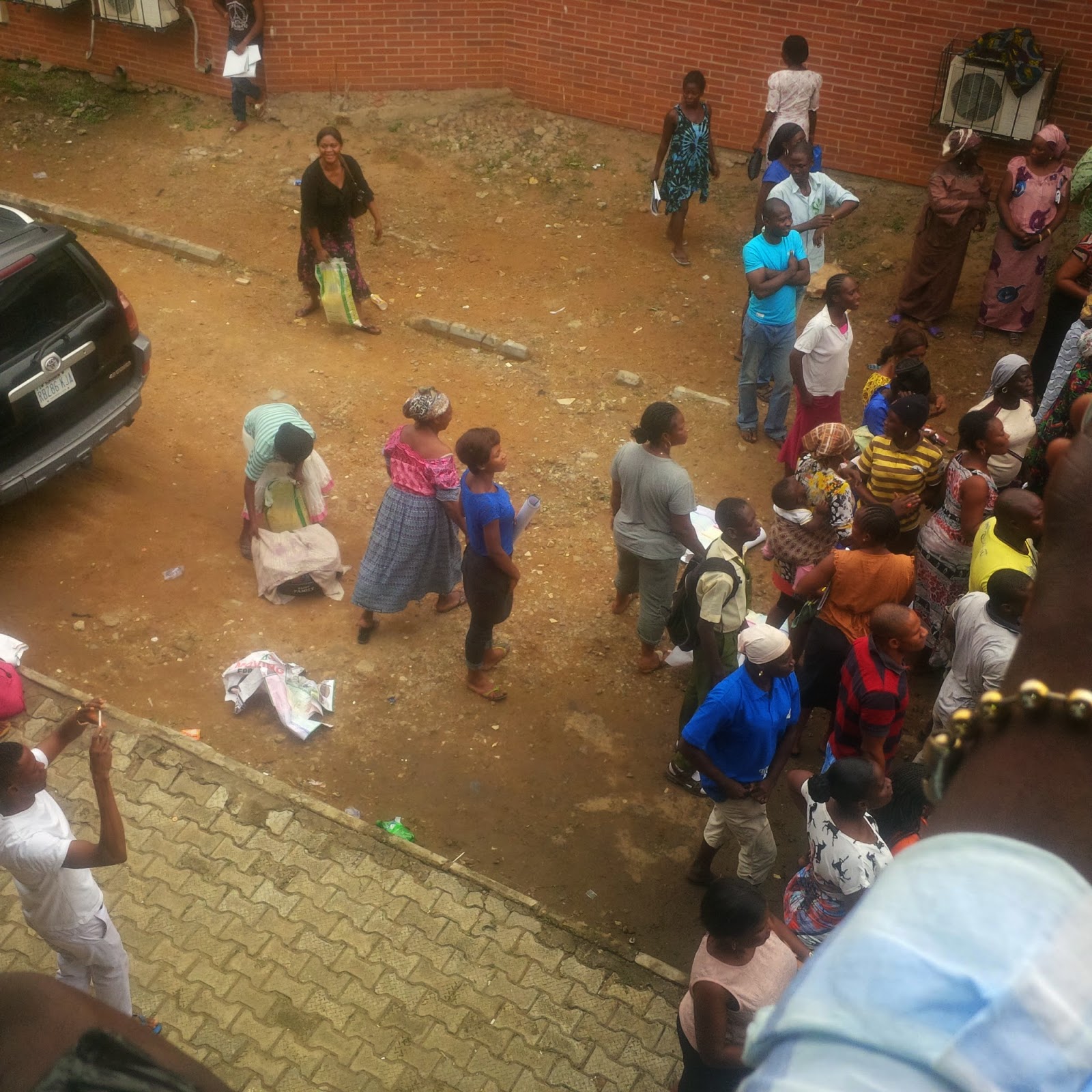 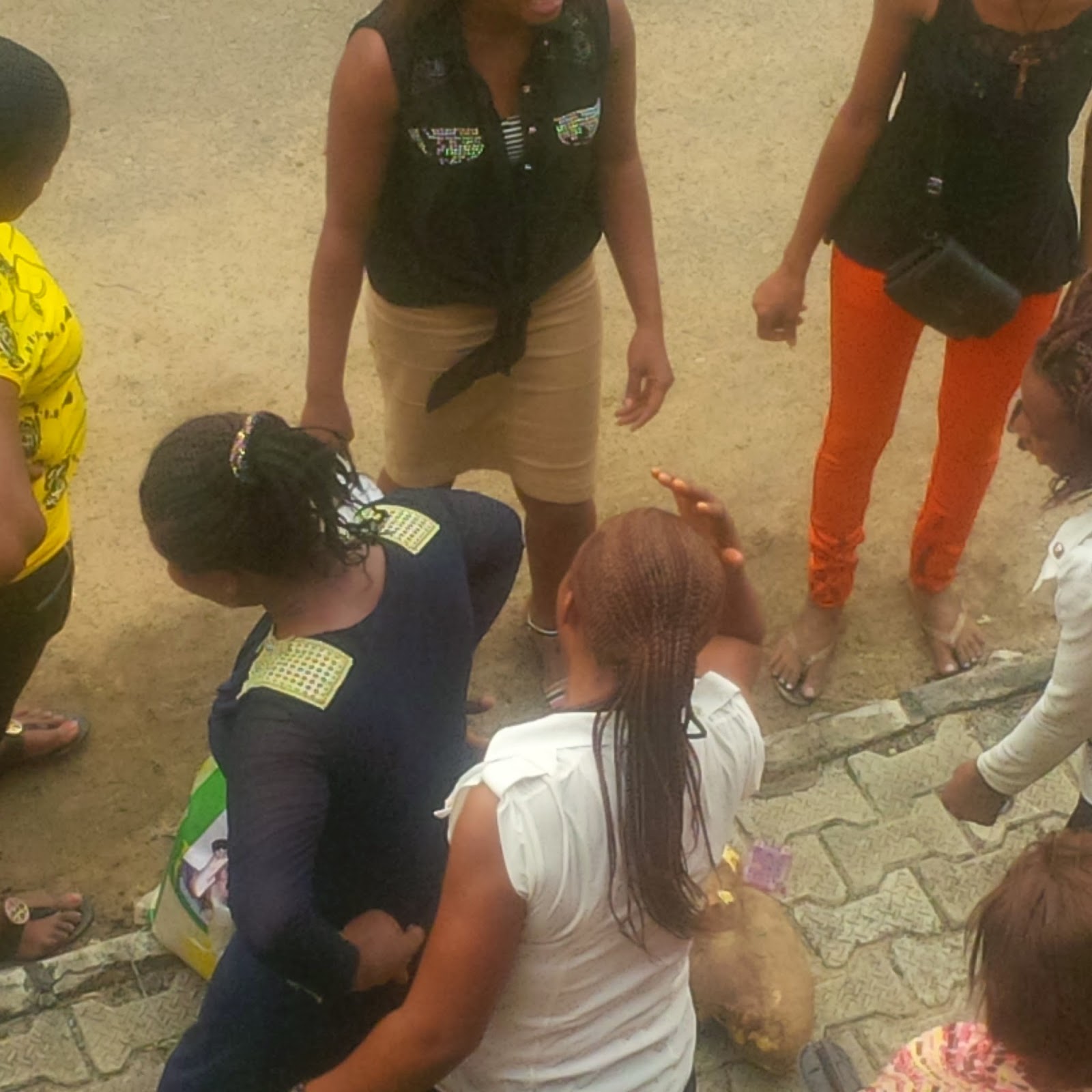 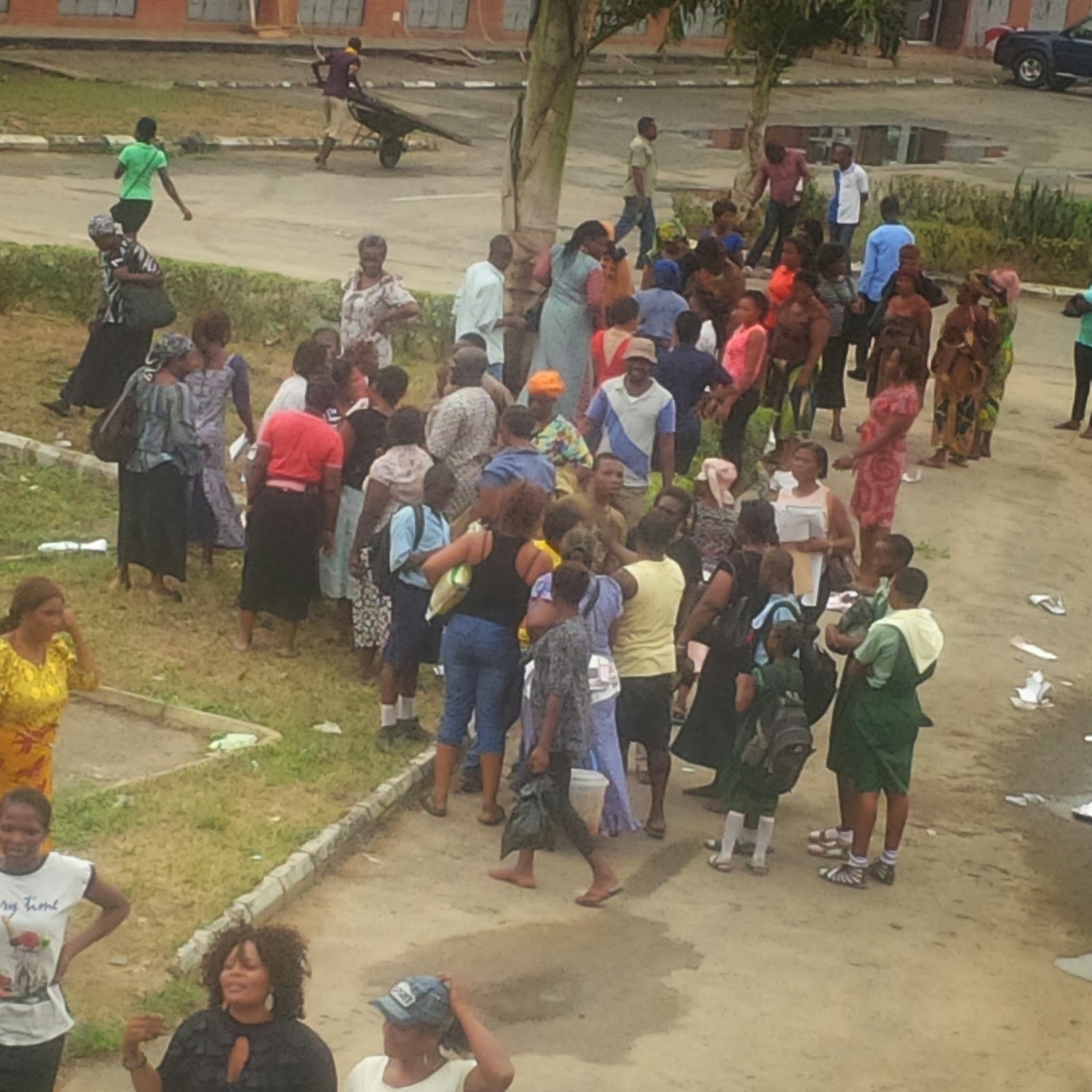 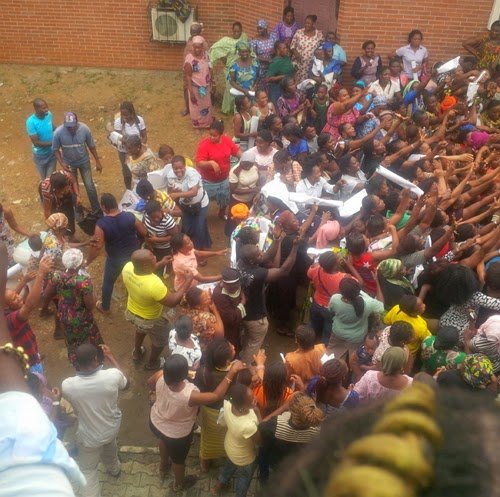