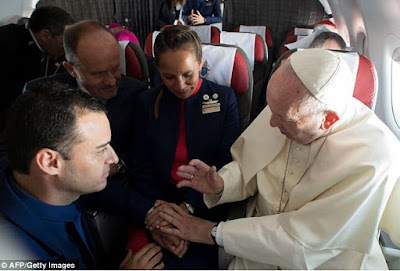 The pair who work as flight attendants on board of a flight operated by LATAM Airlines were full of joy as the Pope voluntarily officiated their unplanned wedding ceremony yesterday Thursday the 18th of January 2018.

The pair who married legally back in 2000 were planning to get married in a Catholic church near Santiago but the church was later destroyed by a magnitude 8.8 earthquake.

The couple made the first move when they asked the pope to bless their union, prompting him to ask: ‘Are you married?’. When they answered Yes and explained their situation, the pope then asked if they wanted to have the Holy wedding right in the plane.

According to NCR, the pair said yes and with a smile the Pope performed the service as they stood in front of the plane.

The wedding was witnessed by the President of the airline, Ignacio Cueto.

See photos of the lucky couples below 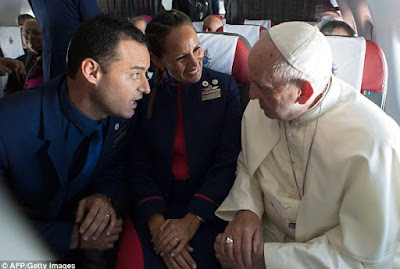 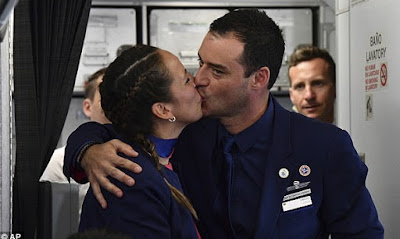 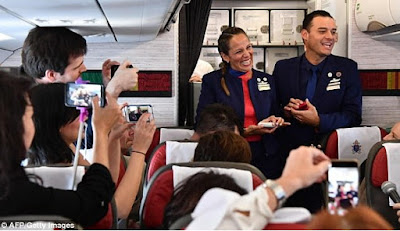 Natural disaster disrupted their wedding years ago but God showed up at the appointed time.

Every disappointment is indeed a blessing.