The Vice President of AGN, Toyin Aimakhu has bought herself a new Toyota Camry car.

However the actress honoured her hubby, Adeniyi Johnson this morning when she took to Instagram to tell fans he bought it for her.

A reliable Nollywood source told NaijaGists.com last night that the actress made the down payment for the car last year and picked it up on Thursday after making the final payment.

Toyin might not have done anything bad by honouring her hubby whom family sources called a ‘struggler’.

She is playing the humble wife role…Isn’t it? Most married women can relate with this.

Check out the photo of the car below: 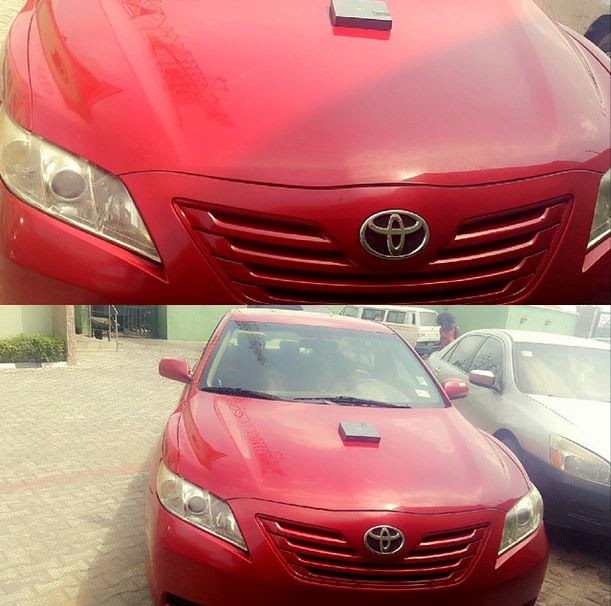 This is what Toyin told fans few hours ago