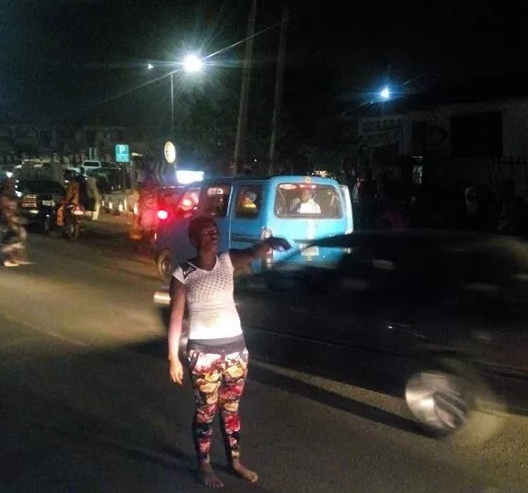 A young woman caused a scene at Akindeko market in Osogbo Osun state around 9pm on Saturday when she suddenly started displaying madness on the road.

She initially started directing traffic meant for police before she started dancing like a lunatic.

People soon gathered to watch her lunatic display as if it was a Nollywood movie. 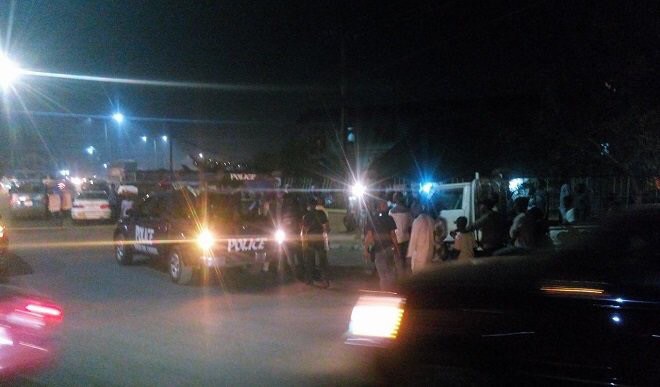 About 30 minutes later, policemen came to the scene to take her away.