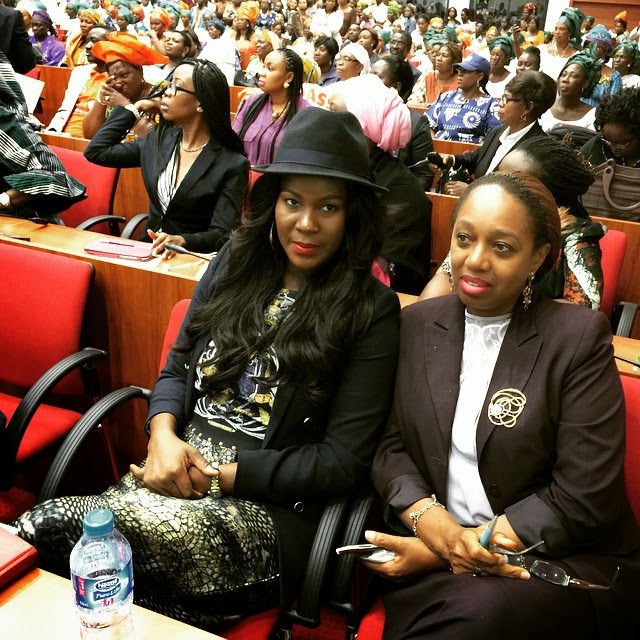 Stephanie Okereke Linus joined other women at the National Assembly Complex in Abuja today to push for the passage of VAPP Bill.

The anti-domestic abuse bill was first introduced on Change.org to put a stop to violence against women i 2012.

This is what the Nollywood star told fans few hours ago:

“At the National Assembly today with these amazing women and men fighting for the Violence Against Person’s bill (VAPP)to be passed. It’s been a 13years old journey for them and we pray that the bill will be passed soonest,which will help protected you and I. #PasstheVAPPbill”.

Stephanie Okereke is popular for advocacy for women issues.