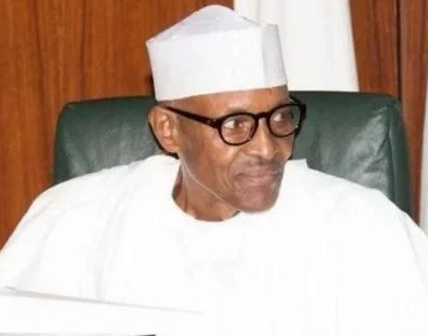 Buhari Unable To Talk Properly & Recall Tenses, He May Die Of Complication If Cabals Take Him Back To Nigeria

Health wise, President Buhari is not doing well in London. His doctors have confirmed with Leadership NG that Mr President health has deteriorated to the point where he no longer recognises people or speak with anyone.

You would recall that LeadersNG had exclusively revealed on January 26th that the President’s doctors had advised him to consider resigning from office and focus his attention on his health. The President had undergone a successful surgery and a radiation treatment (oncology) for prostate cancer which was massively responsible for his weight loss as was seen on the day he returned to Nigeria.

The President, however, did not wait enough to complete his subsequent treatments because of the pressure mounted on his Doctors by his aides to declare him medically fit and return him to the country before the 90-day allowed absence as provided in the Nigerian constitution, elapsed.

The President’s health continued to deteriorate and he was advised to start working from home by his Nigerian Physicians until the 5th of May when his condition became extremely critical again. He was eventually flown to London to resume his treatments. There has been no public sighting of the President since then.

Another source close to the Chief Security Officer to the President, Bashir Abubakar also told LeadersNG that the President has not spoken to anyone in a long time and he does not recognize people. He forgets issues discussed with him almost immediately.

LeadersNG further learned that the President is suffering from Alzheimer’s disease which has gotten to its moderate stage where he cannot perform most common activities of daily living.

Speech difficulties have also been observed on the President as he has an inability to recall tenses. His memory has also worsened and he cannot recognize most of his close Aides and Associates. His long term memory has also been severely damaged and he is gradually slipping into Dementia.

The Doctors have told LeadersNG once again that the President can no longer continue with his official functions as he may die as a result of medical complications if he is not frequently and adequately observed.

The Cabal has vowed to keep the incapacitated President in office for as long as they can, and are mounting pressure on the doctors to resuscitate him so they can bring him back home for some time then return him back to London.

The Doctors have advised against this new plan.

Continue Reading
You may also like...
Related Topics:Buhari, complication, health