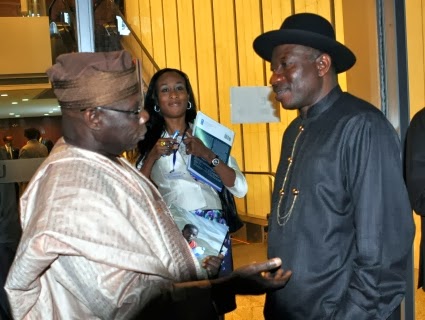 The source said a circular was passed around in Aso rock late Wednesday to this effect.

Check out the email below:

“Editor do u know d president of your country is planning to get one former yoruba president arrested.My brother work in the Aso Rock, a secret circular was passed around late Wednesday night that Obasanjo should be arrested.Please inform his people to tell him to stay on watch. I wont say much more for the secret of my bro bye”

Could this be true…

This drama between Obasanjo and his former political son is just unfolding.

Stay put for the next episode.