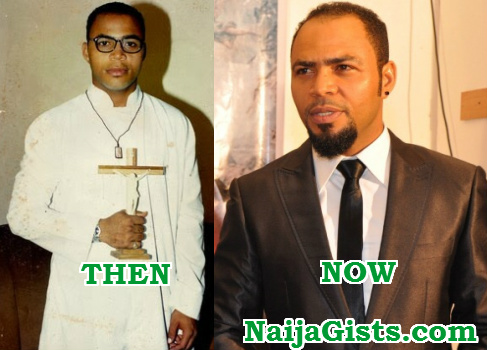 Nollywood lover boy Ramsey Nouah in a recent chat with a Lagos soft-sell magazine narrated his grass to grace story.

My journey into the movie industry actually started when I was trying to sit for my GCE examination. I didn’t have money to purchase my GCE form, and there were no jobs then. It was hard to secure menial jobs and I couldn’t bring myself to do such jobs. Later, a friend of mine advised me to try my hand at acting. But I didn’t welcome the advice because I prefer to act in Hollywood. It was funny.

Later I went for a couple of auditions and precisely in 1990, I went for a soap opera audition called Fortunes and was engaged. Later it had problem with the title and so it was changed to ‘Mega Fortune.’ I was one of the key actors in that soap and it was better than Telemundo. 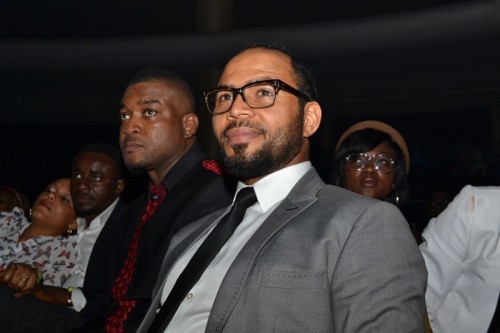 After starring in that soap, I did a couple of movies that didn’t see the light of day. I was supposed to have featured in the famous “Glamour Girls” but the producer was too stingy. He was very professional, and actually brought a letter inviting me for audition for “Glamour Girls” and I played my role. He jumped from his seat and shouted yes, that’s the guy I’ve been looking for.

He invited me for negotiations and to my disappointment, he was pricing me like I was a meat in the market. It didn’t work out. I actually became a hustler working with marketers and other practitioners. I was in all the episodes in Fortunes as Jeff Akin-Thomas and was paid N100 per episode. I was paid N1,200 for only a quarter. I was in that soap just for the passion. Things were bad that I didn’t have clothes, my trousers were torn.

I actually patched my trousers by myself. Thank God my mom taught me how to sew. With the 1,200, I rushed to Yaba to purchase second hand clothes. I looked at myself after I had washed and ironed them and said, “Ramsey, you have arrived now.” I wasn’t thinking of the cash or fame though I was in serious need. I didn’t even know the benefits of being an actor.

It took me time to be used to my fans rushing at me and appreciating me until my producers told me it was normal. As time went on the job actually began paying my bills. With the first major money I earned, I bought a sound system, TV and later Air conditioner. By 1996, filmmakers discovered that I am a better actor as a lover boy so I was typecast as a lover boy. I played love in my life and grew tired. Whenever they brought love stories, I asked if there wasn’t any other issue they could talk about.

Later in 2003, there was a nose dive as pirates made it impossible for filmmakers to get back their money so, they began churning out films. Some of us who are more concerned about making Nollywood a brand, began thinking of how to make things better. At this point, cinema came as a huge breakthrough, Bank of Industry has also been helpful unlike the banks. Today I’m very happy about how things turned out.