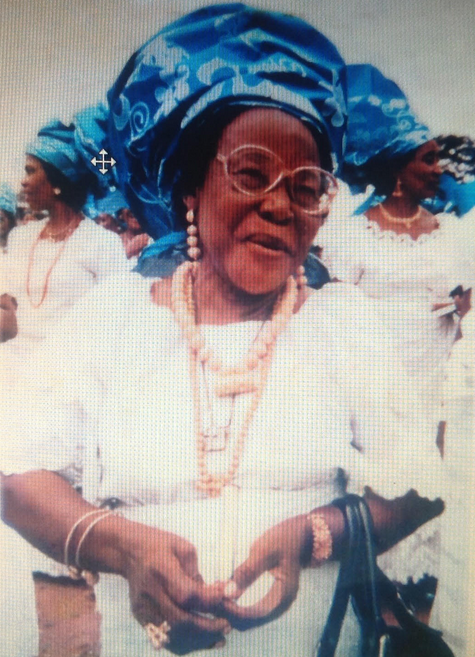 She was said to have died at the ripe age of 80.
Lady Angela Orakwue, mother of the Radio Sapientia morning express anchorman, Mr Ifeanyi Orakwue ( the huge man) said her mother died peacefully in her sleep a forth night ago.

On going funeral arrangements indicate that the burial which has been slated for 4th May, 2017 would be presided over by the Metropolitan Archbishop of Onitsha ,Most Rev Valerian Okeke at the St Francis Catholic Church,Mgbago Umuoji.

Ezinne Theresa Onyeogubalu is survived by Rev Fr Emeka Onyeogubalu, Lady Angie Orakwue
among many others.

One of his many sons-inlaw is the ubiquitous, generous and celebrated Alter Knight in the Archdiocese of Onitsha ,Sir Victor Orakwue.

One thought on “Renowned Educationist Angela Orakwue Loses Mother At 80, Burial Slated For May 4”