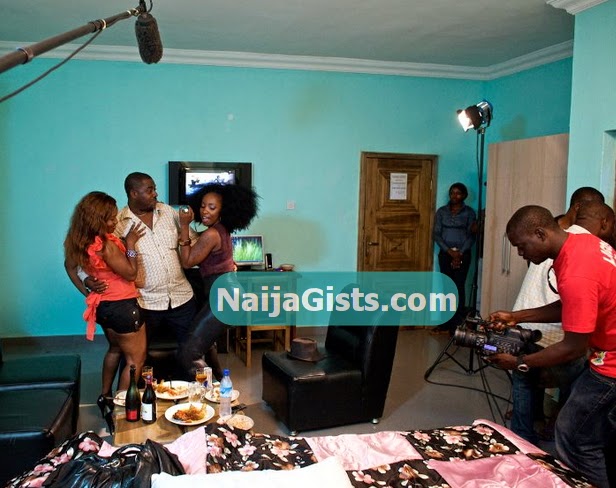 Oct 24, 2014 – EXPOSED: Why Nigerian Actresses Are Sleeping With Movie Producers & How Prostitutes Are Using Nollywood To Become Popular

Do you ever wonder why many Nollywood actresses are into husband snatching and why most of them never have a settled home??? Read on.

Life is all about choices, what is one man’s favourite might be a poison to another man. Even before now, the quest for fame has been one of the major elements motivating Nigerian entertainment industry, especially the “almighty movie genre”, both the stars and budding acts. Though many of these artistes have their reasons before embarking on the journey, but most of them delved into the industry with
ulterior motives.

Give it to them, these girls are superb when it comes to script interpretations, they put in their best to make sure that the Nigeria movie world becomes a force to reckon with, which interestingly many are getting set to join the league. In the past, many parents believed that the entertainment industry was meant for vagabonds, but with the courage that the olden days acts took to sustain the industry, it has now became what many have been convincing their children to study even in school.

But the matter has gone beyond expectation, as our promising actresses sometimes go far to get roles in movies by sleeping with the directors or producers of the movie which is not supposed to be, because it is not being done like that in advanced countries. That is not even our concern for now.

What concerns us most is that of those whose faces are very synonymous in the make-believe world and claiming to be actresses are not in any way relevant o the industry. An insider told this magazine to us that some of these self-acclaimed actresses don’t mind the kind of roles given to them to interpret, even though it’s just a mere one or “Waka Pass”.

The reason is that, some of them were into what big girls do especially those on the street of Allen Avenue, Ikeja, Lagos, which of course is known as “Prostitution” emphasized, so that their prices can be far above the ground.

This, we gathered makes these girls to go crazy by giving all it takes to feature in movies at all costs.