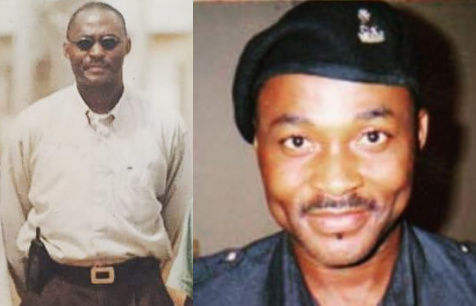 July 22, 2017 – Richard Mofe Damijo RMD: I Was One Of The Best Graduating UNIBEN Students When I Graduated In 1983

How I Started My Journalism Career- By RMD

“Everything goes through a process. I was one of the best graduating students in my class when I graduated from the University of Benin in 1983. I came to Lagos and all of that disappeared because even way back in 1984, it did not seem to matter on a general level whether you were first in class. As of the time, there was an embargo on employment so things were bad as they are now.

Things have always been bad; if not Fela wouldn’t have sung about them. Yet I persevered because I had an idea of what I wanted to become; I just wanted to be an actor. If I could not do it on stage, I would do it on the television but film was a far cry. It was a question of running between stage and television.

“Journalism came as an accident. I love intellectual work and whenever I was not in a play, I would watch it, analyse it and one day I was talking about a play that I just watched and a journalist, Segun Adeleke, who used to write for The Punch at the time came to me and asked if I could write everything I said about the film and I agreed.

I went home, wrote it and gave it to him and a few days later, I saw my name in an article in the centre spread of Punch and I liked the feeling. That was how my journalism career started and from then on, everybody wanted me to review plays and I did that alongside music.

I have always done about five things at the same time. There was a time I was teaching, acting, doing journalism, etc. I later began to publish a magazine but I sold it when I had somewhere to go. It was just a business. By the time I started doing law in 1997, it was out of restlessness

What I do with my Instagram page is to say as much sense as possible over pictures so that I am not there because of fashion.

I am there because I have a need to talk to young people and share my experience with them.