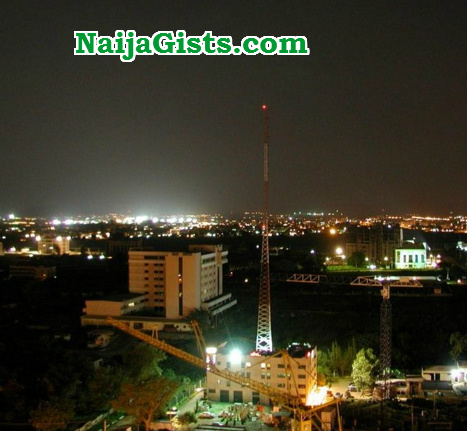 Right now a big black ominous cloud hangs over Nigeria as its vast population of over 160 million is slowly being decimated by murders, ritual killings and spiritual enslavement of people’s souls.

Only a couple of weeks ago I was saddened to read the story of a 4 year old boy who had both his eyes plucked out, by ritualists, while he was still alive. And an uncle who beheaded his niece for a money-making ritual and not to talk of cultists killing themselves, openly, in broad light in Ikorudu, Benin and Ogba Egbema and other places on a daily basis.

What for ? To make money? And people will actually spend the ‘blood money’ obtained from these rituals? And they will give it to their own children, wives, friends and ‘spray’ it at parties? Cursed evil, blood money will now go from hand to hand and spread………

Never a day goes by that we don’t read about people being abducted and killed, their mutilated corpses discarded by the wayside or in shallow graves minus certain body parts.

Nobody seems to be immune from these ritualists kidnappers – children, chiefs, businessmen and even run-girls – who slaughter their fellow humans like cattle at an abattoir. And this is not counting the scores of people killed up North by the Boko Haram islamists, or the victims of armed robbers all over the place, or those who kill for the fun of it – or a grudge – or those who kill as an initiation to join cults.

Has a human life become so cheap to take that anyone can take one without fear of retribution?

Our various faiths teach us to respect Life as it is something we can’t create and therefore have no right to take.

But we disregard this and kill. Alarmingly most people killed nowadays are for ritualistic purposes. People are prepared to kill their fellow human beings for money-making spells, or so they can win elections or prolong their earthly lives.

Our police force is overstretched and inexperienced to deal with this kind of crime and those we regard as Elders, in our communities, seem to turn a blind eye to these atrocities. We all seem to know who’s doing what. We all gossip behind their backs but do nothing to stop them. We very rarely report them to the authorities when we notice abnormalities in their lifestyles – buying brand new cars when we know they’re penniless, having exorbitant parties or building brand new houses when the source of their newly acquired wealth is questionable.

The perpetrators of these crimes seem to think they will get away with it. Many don’t believe in a Heaven and Hell, the laws of karma or the concept of an afterlife. Surprisingly there is something that happens to us when we die. After you die and become worm fodder your soul leaves your corpse and embarks upon a journey of its own. It goes back to where it came from. Call it Heaven, Paradise or Hell it goes back to answer for all it has done during its time on Earth. If one has taken a precious life unjustly the punishment can stretch down generations of the latters’ family not to talk of their own personal punishment on the other side. The same goes for all other evil doers especially those who employ dark evil spirits to cast spells and conduct rituals.

At the end of the day we will all suffer. For if someone is murdered, unjustly, the crime will hang over the locality, bringing bad luck to all present as their blood will be on every one’s head.

As many of our Elders and clergymen know, if someone meets an untimely death it will affect everybody in that neighbourhood – people will lose their jobs, homes, businesses, even lives – until the spirit of the departed one which will still roam around is appeased. So why take that life in the first place?

Even though my emphasis is on the taking of lives, the same goes for all other crimes we commit against each other; how many people have had their lives ruined by black magic? How many people have suffered as a result of fraud, robberies or politicians stealing public funds?

And we wonder why nothing seems to work in Nigeria when other African nations are progressing at a pace we can’t match. When there’s too much evil in the air it impedes things, the Land becomes cursed and nothing good will ever come out of the place or happen there.

When you have too many people in league with the Devil doing despicable and ghastly things to their fellow humans it creates an air of darkness which light can’t penetrate.

Try and imagine each evil practitioner as a black dot on the landscape. With so many people doing evil things these black dots grow and become a black blob that grows bigger and bigger in size until it covers a sizeable area, like a country. And when the Light can’t come through Darkness will fall upon the Land. No light means no Goodness. By the Law of Attraction you attract more of what is already around. So the more the evil in our midst the more of it we will attract.

It’s time for an overall spiritual clean-up. Time for us to go back to our churches, mosques or whatever else we pray to for deliverance from our ways. Time for us to expose the evil doers in our midst so their sins will not continue to taint our lives. Time to renounce all evil in our lives.