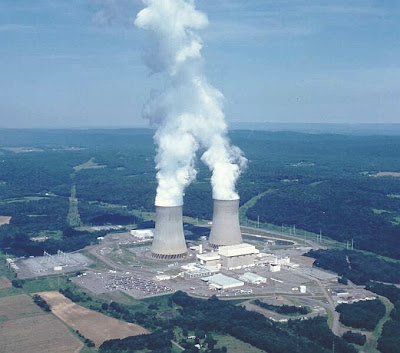 After a few years on the African continent, Nigeria is likely to appear a second nuclear power station (the first was built in South Africa). Construction of nuclear power plant could take Russia.

Already announced for the undertaking of the intergovernmental agreement, which provides for cooperation in the design, construction, operation and decommissioning of the first nuclear power plant in Nigeria. This was reported by the corporation “Rosatom”.

After the accident at the nuclear power plant “Fukushima” some countries have decided on the gradual closure of nuclear power plants. Overall, however, the world is not going to give up the peaceful atom. In Africa, nuclear generation is virtually absent, except for nuclear power plants “Koeberg” in the south of the continent, and the interest in it is growing, the director of the communications department of the state corporation “Rosatom” Sergey Novikov:

“The concern is that nuclear power in the world will evolve. As an environmentally friendly source of energy available to the new EU energy-hungry.

This is also a technology platform for the development of new technologies, including new energy sources in the future. Therefore demand for domestic nuclear power occurs in different regions: Southeast Asia, Latin America and the Middle East. Including the African continent. And wherever there is a demand for this, Russian media as one of the top three technologies at the global nuclear energy market is ready for mutually beneficial conditions to participate in the creation of a national nuclear power program. ”

According to the World Nuclear Association, an interest in the development of peaceful nuclear energy in Africa exhibit Tunisia, Morocco, Algeria, Sudan, Ghana, Senegal, Kenya, Uganda, Namibia. However, for these countries to talk about concrete steps to translate the ideas of peaceful nuclear energy is too early. But in the case of Nigeria, made the first steps, said Sergei Novikov:

“Since Nigeria signed an intergovernmental agreement on the peaceful use of nuclear energy. Now experts have completed work on a new draft of the intergovernmental document on the construction of the first nuclear power plant in Nigeria. At the level of delegations agreed text of the document, and now Rosatom, and our counterparts in Nigeria transmit these documents to the governments of the two countries that there were procedures for the approval and adoption, and the document would be ready for signing. ”

Of course, an intergovernmental agreement – it’s not a contract, prior to the commencement of construction. But experts believe that the work on it is within the scope of Rosatom, which seeks to create a broad framework for international cooperation in the field of nuclear power generation. In addition, cooperation with Nigeria is interesting from another point of view, the Chief Editor of the atomic portal Atomic-Energy.ru Pavel Yakovlev:

“Nigeria is one of the largest producers of uranium. Around seven per cent of the total uranium is concentrated in Nigeria. Therefore, interest in this country is not accidental. Until recently, there was a major player in France, and the French mining companies were active there.”

On the issue of security, then, according to Sergei Novikov, any project of building the first new nuclear power plant in the country accompanied by regulation and supervision of the IAEA. All of these technologies are perfected. And there does not need to invent anything in terms of physical protection of nuclear facilities.