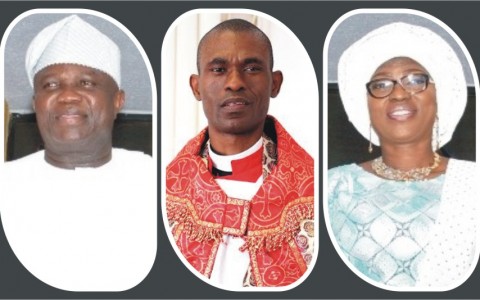 God has finally intervened in the case of Venerable Femi Taiwo, the State House Pastor evicted by Ambode for not anointing Lagos State First Lady Bolanle Ambode ahead of others.

The Chaplain of Chapel of Christ The Light is now fully settled in a fully furnished apartment provided to him by his church members who were dissatisfied with the rude manner in which the man of God was treated.

48 Hours after he was thrown out of the Lagos State House, he received four offers of apartments to settle with his family.

As God will have it, he chose one out of the four apartments.

This is in line with the popular saying when men remove their carpet, God will provide his own with a rug.

Ambode and his wife have been finally put to shame.