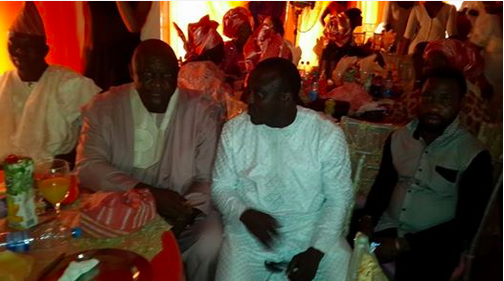 Saheed at the wedding ceremony

“I’m a person that reciprocates gestures; K1 came for my mother’s burial, and I just have to attend his event too for the records. Even if he did not invite me, which he did, I would still have attended. I prostrated for K1 because that is our tradition in Yoruba land to respect our elders,” said the musician.