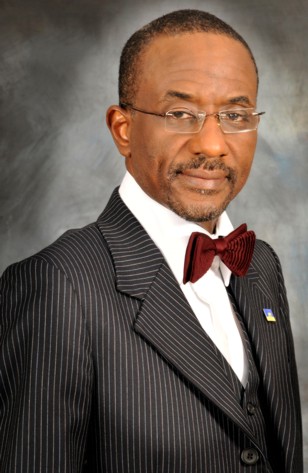 A new twist has been added to the ongoing travails of the suspended Governor of the Central Bank of Nigeria, CBN, Lamido Sanusi, as the Department of State Security Service, SSS, has accused him of financing terrorism.

The SSS stated this at the Federal High Court, Lagos, while defending its decision to seize Mr. Sanusi’s international passport.

Mr. Sanusi’s passport was seized on February 20, as he arrived the Lagos international airport, hours after he was suspended as Central Bank Governor by President Goodluck Jonathan.

The new charge, which Mr. Sanusi’s lawyers described as false and baseless, tallies with a similar surreptitious but baseless allegation thrown at the bank chief by a presidential aide.

Reno Omokri, the Special Assistant to the President on New Media, had, on February 26, used a pseudonym, Wendell Simlin, to circulate an article that tried to link the recent spike in Boko Haram attack to the suspension of the CBN governor.

The embattled CBN chief was controversially suspended by the president based on allegations of ‘financial recklessness’ by the Financial Reporting Council of Nigeria, FRCN.

Several investigative reports by PREMIUM TIMES had shown that Mr. Sanusi indeed approved some interventionist spendings from CBN funds, but he did so with adequate approval from the board of his bank and President Goodluck Jonathan.

Mr. Sanusi, in separate suits, challenged his suspension, and asked for an enforcement of his fundamental rights as enshrined in the Nigerian constitution.
During the hearing of the rights’ suit, which continued on Monday, the respondents – the Attorney General of the Federation, AGF; the Police; and the SSS – made different claims.
Sanusi sponsors terrorism
The fresh terrorism-related allegation against Mr. Sanusi came from the SSS.

The agency said it was investigating Mr. Sanusi for allegedly financing terrorism. The SSS counsel, Moses Idakwo, said Mr. Sanusi’s interaction with SSS officials did not last for up to an hour and did not constitute a violation of his rights.

He said the provisions of Section 6 of the National Security Agencies’ Act empowered the Service to impound the international passport of suspects pending the conclusion of investigations.

It is not clear how this fresh allegation by the SSS is related to the dubious claims by Mr. Omokri.

The document was later shown to have been created by Mr. Omokri, with several Nigerians calling for his sack. The presidency has kept mum since the scandal was exposed.

On Monday, however, Mr. Sanusi’s counsel, Kola Awodehin, accused the SSS of falsehood in its new claim against the bank chief, saying the agency had no shred of evidence.
Dismiss Sanusi’s suit
The counsel to the AGF, Fabian Ajogwu, had objected to the suit, urging the court to strike it out for want of jurisdiction.

Mr. Ajogwu argued that the provisions of Section 254 (c) 1 (d) of the 1999 Constitution (as amended) ousted the court’s jurisdiction to entertain the suit.
He noted that the case before the court borders on the applicant’s employment, saying that labour -related cases are within the exclusive jurisdiction of the National Industrial Court, NIC.

“Section 254 (c) 1 (d) of the Constitution vests exclusive jurisdiction on the National Industrial Court, with respect to civil causes or matters touching on employment, labour or industrial relations.

“We respectfully urge the court to hold that it has no jurisdiction to entertain the reliefs sought by the applicant,” he said.

The counsel urged the court to strike out the suit.

Mr. Ajogwu also argued that the applicant should not, by the suit, seek to restrain the respondents from performing their constitutional duties.
He argued that Mr. Sanusi was being investigated based on the FRCN’s claims. He said the suspended bank chief was being investigated in accordance with the provisions of the law, which the respondents had a statutory duty to perform.

Citing the dictum of retired Justice Niki Tobi of the Supreme Court in the case of Adeniran vs Alao, Mr. Ajogwu submitted that a perpetual injunction would be everlasting and could not be granted by
a court of law.

“The applicant’s suit is basically an action to shield him from the machinery of administration of justice, which has been kick-started by the respondents,” Mr. Ajogwu submitted.

Nobody reported Sanusi to us
While the AGF said Mr. Sanusi was being investigated based on the FRCN investigations, the police said it was not investigating the CBN boss.

He, however aligned with Mr. Ajogwu, saying the case should be struck out as it seeks to bar government agencies from performing their duties.
Sanusi reacts

Responding to the respondents’ preliminary objection, Mr. Awodehin submitted that the court was vested with the jurisdiction to entertain the suit.
He argued that the suit had nothing to do with the terms of employment of the applicant or industrial relations, since it was not a case of the applicant against the Central Bank of Nigeria.

He argued that the applicant never sought an order of perpetual injunction, adding that the reliefs he sought were qualified.

“It cannot be suggested that the applicant is restraining the respondents from performing their duties, but they must be restrained from doing so without due process of the law.

“The seizure of the applicant’s international passport by the third respondent is a derogation of his freedom of movement,” he said.
Mr. Awodehin also argued that the different submissions by the three respondents showed that laws were being violated in Mr. Sanusi’s treatment.

“The first to third respondents give conflicting reasons as to the complaint made against the applicant.

“This conflict goes to show that they acted without due process of the law,” he said.

The counsel also argued that the SSS’ claim of financing terrorism was bogus.

“The allegation against the applicant as to funding of terrorism is an afterthought by the respondents which is not backed by facts, as there is no reasonable suspicion that the applicant committed any crime,” he said.

He urged the court to dismiss the preliminary objection and uphold the case of the applicant.

The court had on February 21 granted an interim order, restraining the respondents from arresting, detaining, or harassing the applicant pending the determination of the substantive suit.

The interim order was sequel to an affidavit of urgency filed by the applicant on the same date. On Monday, the court adjourned ruling on the preliminary objection to April 4.