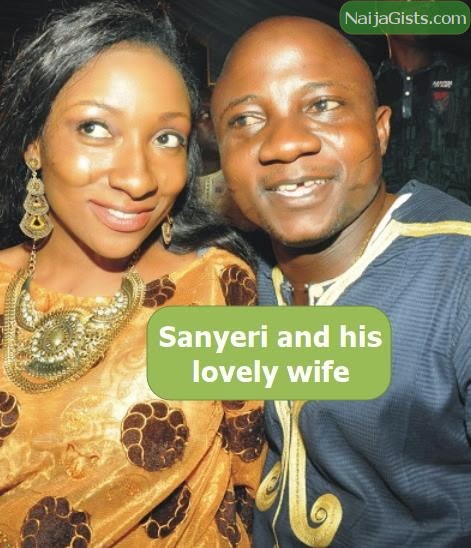 On Sunday the 1st of Dec 2013, Sanyeri will officially tie the nuptial knot to his long time lover and the mother of his children Ms Awawu Omolara Jimoh.

Sanyeri’s wedding ceremony is scheduled to hold at the Anchor Events Centre in Agidingbi Ikeja Lagos.

Comic actor Babatunde Bernard aka Baba Tee is expected to anchor the event while Fuji stars Pasuma and Taiye Currency have been scheduled for all night performances.

Notable figures like Alhaja Bolanle Salami and Ibrahim Dehinde will be the mother and the father of the day respectively.

Shortly after the wedding, Sanyeri and his wife will jet to Germany for their honeymoon.

To make the event a unique one, Sanyeri’s wedding organisers have also chosen dress codes for guests. The groom and his guests will be dressed in royal blue while the bride and her invitees will be decked in peach.