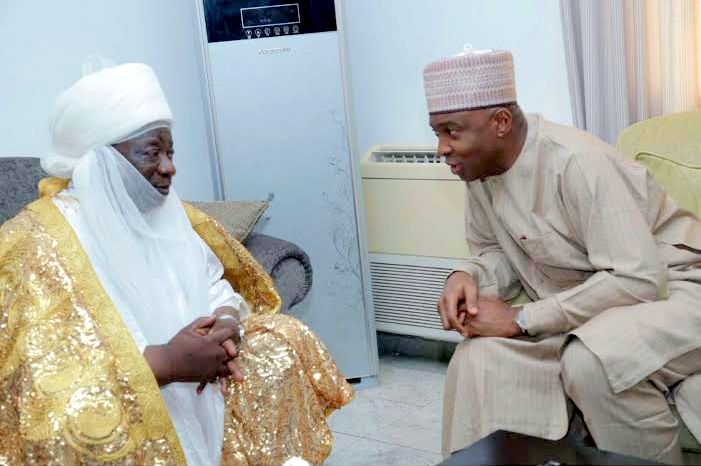 Senate President Dr. Bukola Saraki and some members of the Like Minds in the Senate have reached out to some emirs.

They are trying to explore ways of resolving the crisis of confidence between the Senate President and the Presidency, The Nation has learnt.

Some of them were said to be urging the emirs to prevail on the Federal Government to drop charges against Saraki, who is facing trial at the Code of Conduct Tribunal (CCT) for alleged false declaration of assets.

But President Muhammadu Buhari may not accept under-the-table deal in matters relating to corruption, a source said.

The Senate President’s supporters have been attributing the arraignment to “political vendetta”.

Saraki had audience with some traditional rulers from the North on Saturday.

A highly-placed source said: “Some loyalists of Saraki are really pushing for political option. This is why they have been reaching out to prominent emirs and chiefs in the North.

“I think Saraki is buying into the rapprochement by meeting with some emirs where he explained his own side and how things could be straightened.

“For instance on Saturday, Saraki had audience with some emirs and chiefs from the North in connection with his travails and how to resolve the matter amicably.”

A member of The Like Minds said: “No one is happy the way things are – at a standstill. The Presidency and the Senate leadership are working at cross-purpose.

“If we continue like this, the hostility between the Presidency and the Senate will deepen and it will affect many things.
“We are reaching out to some emirs and Northern leaders to address this problem. We believe we can manage the situation before it gets out of hand.”
A source in the Presidency said: “As far as I know, President Muhammadu Buhari will not accept under-the-table deal on allegations having to do with corruption.

“The Presidency has explained that it has nothing to do with Saraki’s trial. There is no basis for any lobbying.”

As at last night, Saraki’s supporters were still divided on whether or not to confront the Presidency over his arraignment before the tribunal.