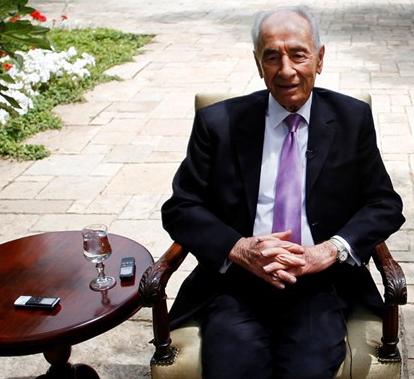 September 28, 2016 – Shimon Peres Is Dead: Former Israel’s PM Dies Of Stroke At Age 93, Burial To Hold In Jerusalem On Friday

Two weeks ago (September 13 precisely), ex-Israeli’s Prime Minister Shimon Peres suffered a major stroke and was rushed to the hospital.

However, his condition deteriorated on Tuesday at the intensive care unit of Sheba Medical Hospital near Tel Aviv.

Peres reportedly lost his battle to stroke today Wednesday the 28th of September 2016 at the age of 93.

According to his son, Chemi Peres, he died today with his family at his bedside.

His burial will hold on Friday at Mount Herzl, Israel’s national cemetery in Jerusalem.