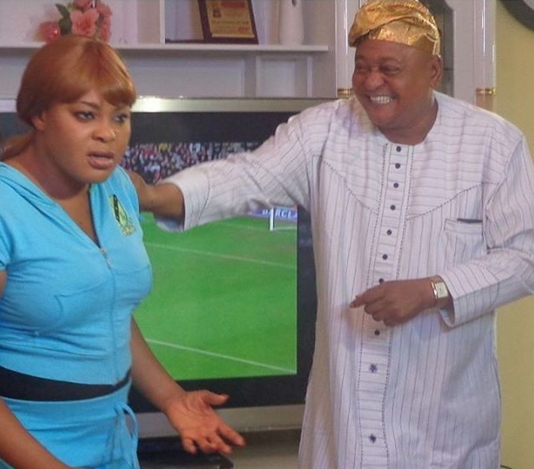 Nollywood actress Sola Kosoko is one of veteran actor Jide Kosoko’s daughters in the same industry with her father.

In a recent chat with Daily Post, the proud mother of one revealed that her father is the secret of her thriving acting career.

“I was actually introduced into the industry by my father, Prince Jide Kosoko. Initially, I didn’t like it. As at that time, I was awaiting admission into the University.

I was like, ‘let me finish schooling, I can always come back to acting because education first’. But he told me that I could always do it with schooling.

I heeded his advice. To God be the glory today, I am a graduate and I have attained this level in my career. My father convinced me before I joined. He asked me to star in a movie titled, ‘Omo Olorire’ and that was in 2001. I had done some before then.

I was in ‘Ola Abata’ in 1999. In 2000, he asked me to feature again and I was like why, you are turning me to an actor just like that. I refused but after shooting that movie, I got into the limelight,”.