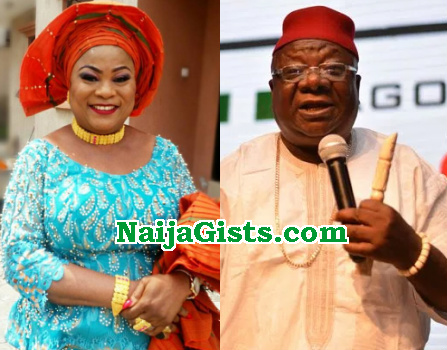 Nollywood celebrities will this weekend, converge on Umuahia, Abia State for the 2016 edition of Best of Nollywood (BON).

The pan-Nigerian award scheme, organisers have through the years, promoted the initiative as a Nigeria’s preeminent indigenous platform for rewarding and celebrating the movie industry’s best and most creative.

Last year’s edition of the show took place in Akure, the Ondo State Capital, with other past outings in Delta, Rivers and Lagos among other States.

Organisers have revealed that this year’s event will be anchored by actor/comedian, Okey Bakassi and leading actress, Mercy Aigbe.

With a touch of difference, organisers have asked that nominees and guests should turn out in their Made-in-Nigeria finery, which is in consonance with the Made-in-Aba promotional drive of the host governor, Dr. Okezie Ikpeazu.

It is the eighth edition of the indigenous awards ceremony which, since inception, has been putting a golden seal of excellence on the works of those toiling and sweating to produce and star in feel-good and educative movies.

This year’s edition is especially symbolic because veteran thespians like Chief Chika Okpala a.k.a Chief Zebrudaya of the New Masquerade fame and prolific actress, Sola Shobowale as well as filmmaker, Fidelis Duker will be honoured in the special recognition category for their time-proven contributions to the growth of Nollywood.

Like the chief host, Dr. Okezie Ikpeazu, who has promised the stars and stakeholders of Nollywood a ball and a blast, the CEO, BON Awards, Seun Oloketuyi, has also assured all guests of a quality time in Abia while promising a well-put together event that would linger in their memories for a long while.