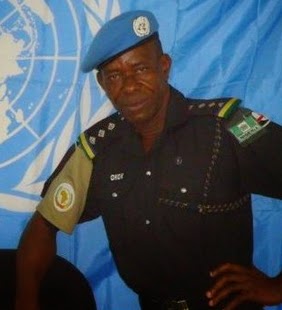 My father (late) inspector Okon udoh happen to be one of the two police men that was shot dead at an incident in Ayetoro back in 2012, It is a great lost to the family.

But to my greatest surprise could you believe that the police does not care about paying the family the money for dying on active service till now to start with. Being the next of kin i have done all the procedure to get this money but i was told that the current Ogun state CP has stop paying this money since 2008.

My late father has served this country for thirty something years now he was planning to retire this year 2015 before he was killed in 2012.

Ogun state police has stop paying. I want to ask is it true? If it is true why? This people suffered and die as true soldier and a hero for their country please Ogun state police Pay the late police family their money.

Am not talking about the eentitlement money yet but please pay this first so that they can pay back the money they borrow for the bank THANKS.

May the soul of my late father and the other dead officers rest in peace. Amen.

I LOVE U DADDY I PROMISE TO TAKE GOOD CARE OF MAMA AND MY SISTERS.