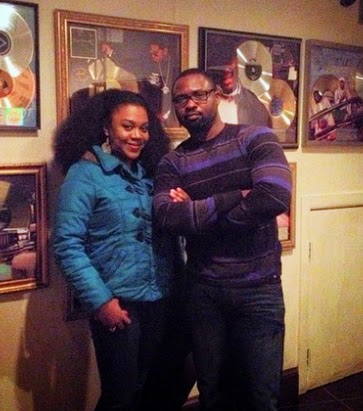 Absentee Nollywood actress Stella Damasus is set to revive her musical career in the United States.

The actress and her lover Daniel Ademinokan are working on a new album with Grammy Award winner, Mike Wilson.

Stella Damasus is a gifted singer.

Listen to her last single, Love Me Quick below: