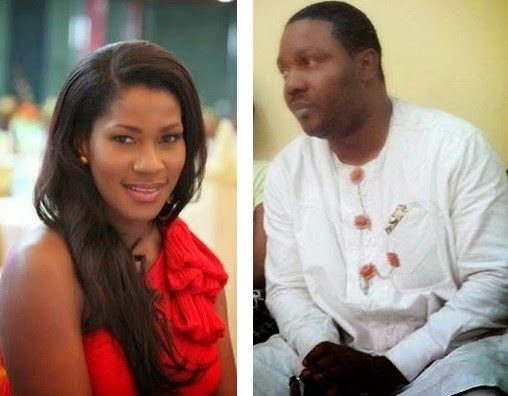 Daniel Okereke, the elder brother of Nollywood actress Stephanie Linus Okereke has spoken up on his rape scandal involving a University of Lagos undergraduate.

The unidentified lady accused Daniel of raping her on the 6th of November 2014.

It took me a while to react to these baseless allegations about my good self because I had to investigate to know if it was truly me they were referring to or someone was impersonating me. I wouldn’t have responded but for the numerous innocent readers who may have been misled by this untrue publications which was never verified before going public. I thought that balanced reportage had to do with getting both sides of the story. What happened between me and my estranged friend was a case of a woman who claimed she was heartbroken because she discovered I am in a very serious relationship.

She flared up when she realized and started demanding that I must settle her since I was not taking her seriously not to talk of marrying her. She demanded for two million naira (N2m) and a Toyota Yaris car as settlement else she would scandalize my name and that I know I wouldn’t want that since according to her I come from a popular and wealthy background. I took it as one of those empty threats until I now read about this complete sham about my good self.

How can someone say you were beaten up by seven (7) guards before canal knowledge of you prevailed? Someone who claimed she was sick? She must be a female wrestler in the WWE (The World Wrestling Entertainment) for such measures to be required before a strong tall guy like me will need to force her to have canal knowledge of her. Someone who claimed she was raped could also muscle out strength to destroy my properties in front of the so alleged seven guards? If I were a nobody would she be priding in saying I allegedly raped her? I know that the thought of possessing me is your dream but you didn’t need to go this shameless way.

Those that may have advised you to do this (if any) gave you the worst advice ever because you can’t have me through cheap blackmail. Let me make it crystal clear that there was never a case of rape nor assault. I have decided not to reveal more shocking details on this sad episode because her family initiated peace moves towards mine and I strongly believe in the biblical saying “to err is human but to forgive is divine”. In a country where people can use some sections of the media to publish unverified stories of even the highest offices in the land, then who am I to bother if such crude treatment is meted out to a rising star like me. Must we continue to destroy our very best because we have a very few media platforms that are willing tools to be used. This is sad and unkind.

Why will they want to bring in a respected elder stateswoman Prof. Ndi Okereke-Onyiuke, OON, into an issue where the alleged accused is an adult who should take full responsibility of his actions and in-actions. A woman who worked tirelessly day and night to develop the Nigerian Capital Market and by extension the Nigerian economy which in turn put food on the tables of millions of Nigerians and beyond. During her tenure as the DG of the Nigerian Stock Exchange, the Capital Market was bountiful and prospered as never before. She is an institution in this country and should please not be dragged into trivial issues like this. She should be respected as such.

Thank you all for doing so.

I appeal to those sections of the media that publish unverified stories to please verify before going public because they have the tools to make or mar peoples’ images. I hope that all the respected media sources that publicized this untrue story will be kind enough to do a retraction. God bless you as you do so. I thank all those that called me and sent text messages and said we know you did not do those things. I also thank those who do not know me that said negative things about me, and the reasons are obvious – they do not know me. My humble advice to them is not to thrive on hearsay but facts because it is me today; no one knows whose turn it might be tomorrow. Thank you for reading. God bless us all and Merry Christmas.