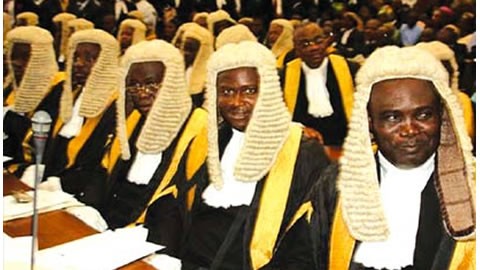 Judiciary workers grouped under their union, JUSUN will begin a warning strike across Nigeria on wednesday, 12 March, effectively shutting all the courts.

The strike is meant to protest government’s disregard of a court order that asked Federal and state governments to guarantee the autonomy of the judiciary as contained in the Nigerian constitution.

The strike appears to have gained the support of the Sharia, Area and Customary Courts Judges Association of Nigeria (SACCJAN), which on Sunday said it would join the nationwide warning strike.

Alhaji Zakariya Adamu, President of the union disclosed this in Dutse, Jigawa, at the opening of the union’s delegates conference.

He directed state offices of the union to join the strike, saying, “the fight is for all judiciary workers and we must support JUSUN to have victory in this our cause”.

Adamu said the strike declared by Judiciary Staff Union of Nigeria (JUSUN), was in the overall interest of the judiciary, democracy and the country.

“A Federal High Court in Abuja had passed a judgement in favour of JUSUN for the independence of the judiciary; and both states and the federal governments are yet to implement it nor did they appeal the judgment.”

He therefore called on members of his union across the country “to close their courts from Wednesday to Friday, March 12 to 14, 2014”.