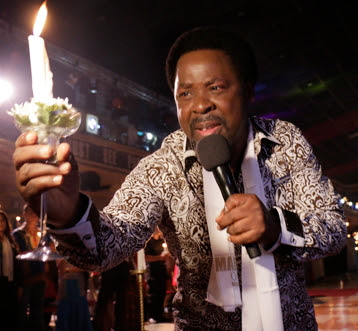 November 14, 2016 – TB Joshua Lashes Back At Nigerians Over Failed Prophecy “We Are Not On The Same Level”

Temitope Joshua has finally broken his silence over his last failed prediction.

Recall that the controversial prophet told his followers days before the US election that he saw a man in the White House.

Well after the prophecy refused to materialse, the self acclaimed prophet immediately removed his prediction video and Facebook message and went into hiding while Nigerians took to the social media to call him out.

See what he wrote on Facebook at exactly 10:29am on Sunday the 13th of November: 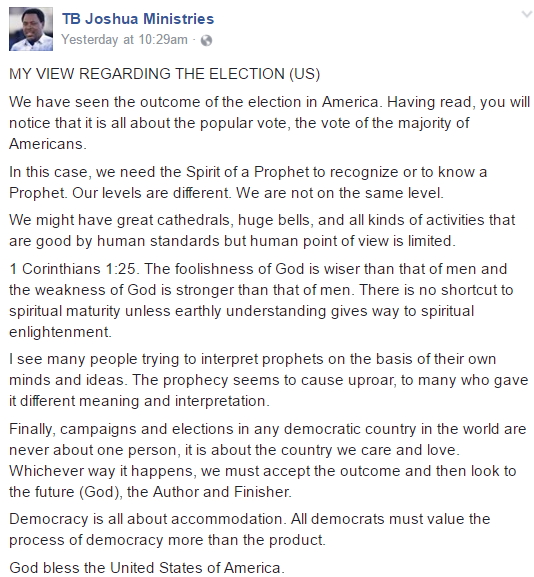 How are we supposed to interpret these comments now.

Since Temitope Joshua is described on his own church’s website as a prophet, is he saying that other people who are not “at the same level” as him and are therefore unable to see what he sees?

Even Jesus Christ used to interpret parables to his followers, why can’t the self acclaimed prophet do the same for curious Nigerians seeking answers??

Health Talk: Why Sweet Potato Is Good For Type 2 Diabetes Patients
In Picture: Barney The Dinosaur Now A Masquerade In Nigeria