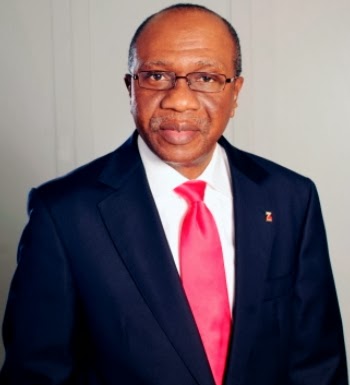 After the suspension of Central Bank of Nigeria’s Governor Sanusi Lamido, President Jonathan has picked the current CEO of Zenith Bank, Godwin Emefiele to replace him.

Following Sanusi’s suspension today, Sarah Alade was picked as the acting governor of CBN until a new governor is confirmed.

After his confirmation, Godwin Emefiele will take over as the substantive CBN Governor in place of the suspended Governor whose tenure ends in June 2014.

President Jonathan also picked Adelabu Adebayo, an executive director at First Bank as the deputy governor of CBN. He will replaced Tunde Lemo who retired in 2013.

Godwin Emefiele did his BSc and MBA at the University of Nigeria Nsukka. He later attended Harvard Business School.

Meanwhile, Sanusi has threatened to take President Jonathan to court for accusing him of fraud.