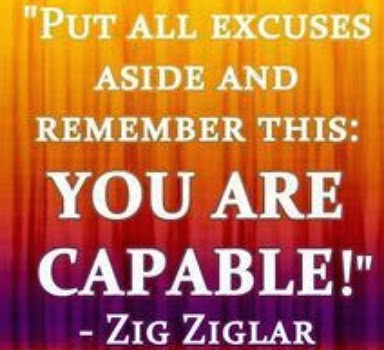 Nov 4th, 2013 – The Winner Within You: Do Not Let Your Fears & Unbelief Stop You From Achieving Success

Dealing With Fears & Anxiety On Your Journey To Success

One day a man happened on a cub. Being that he loved animals and kept many as pets, he gladly brought home the baby lion and began to take care of him. Soon the lonely animal began to find comfort and sense of belonging and security in the company of other domestic animals which gladly played with it.

Years of living among pets and humans made the lion so fun to be with that many wouldn’t believe that in reality it was a lion,for it would not harm even the poorest creature. As things would turn out, one day, the lion went down to the river with the other animals. As they played, another lion saw them afar off and when he could not stand the sight, he went to confront the domesticated lion. He was surprised himself when the domesticated lion flinched and ran for cover, having been told himself about how lions in the forest devoured other animals. When eventually the wild lion caught up with the domestic one, he asked him what he was doing with the other lower animals. He could not understand why he asked the question and tried to explain how that they live in the same house and worst of all could not believe when he was told that he too was a lion. So great was his unbelief that the wild lion had to take the domestic lion to the river and showed him his reflection.

At this point, the message began to sink. ‘You are saying that I am a lion, but I cannot roar nor can I hunt, even the smallest of animals can beat me’.
Satisfied that his point has been clearly taken in, they went into the field and by the time he watched the wild lion roar a few times and hunt down a few animals, he was not only convinced that he was a lion, but was able to do even better.
I am here to tell you that there is a winner in you. There is a giant in you. There is something in you that will never give up until it succeeds. There is something in you that is found in many successful millionaires out there. You have what it takes to succeed only that you may not know.

Somebody may ask how I got to know that, but we all know that ideas rule the world and inasmuch as it can either come from a black man or white man, Nigerian or American, then fortune know no color or geographic boundary.
What will our disposition be, if we knew that we will succeed if only we tried? What will it be if we realized that we are more talented, better informed and can work harder than many millionaires out there? Can you imagine what your disposition will be if you realize that a major reason why you are nowhere near living your dreams is because you don’t know you have all it takes to succeed?

If we do not believe that we can, then why do we wake up in the morning and toil till nightfall? I know you believe, but you think you are not good enough.
Around 2006, A popular Nigerian blogger began blogging. To some extent, it was meant to be a distraction from the pains of her failing to succeed in floating a magazine. Things were rough and she didn’t think it to be a business option. Soon enough she began enjoying it and would not have entertained any suggestion that she is as good as the brightest of American bloggers who at this time were drawing multiples of hundreds of thousand visitors.

It was unthinkable that they weren’t smarter or that she could do whatever they could do, and even be better at it. Today, that lady that has been featured on Forbes, CNN and many other international platforms and successfully sports a blog capable of drawing over one million views every twenty four hours.

All you need do is hold on some more. Keep on keeping on. Let your determination charge you on. Rekindle the smoldering embers of your near-burnt-out passion. Sharpen your cutting edge and find pleasure in your labor. Do not let your fears and unbelief stop you from being who you really want to be or attaining success. It would be a regret most painful to realize when the strength of youth is gone that we have lived all our life staggering in want, lack and unfulfilment when all through that time we had all it would have taken to lead the most successful and fulfilling life ever.

About the author: Ifeanyi J. Igbokwe is a career expert. When he is not busy speaking to enlightened businesspeople or advising the president, he is busy researching or typing away on his computer. Email: Ifeanyi.igbokwe@gmail.com