A very controversial Christian group has predicted that the world will come to an end today, Wednesday the 7th of October 2015.

The founder of eBible Fellowship, a Christian group based in Philadelphia said according to the book of 2nd Peter Chapter 3, the earth will be destroyed by fire by midnight.

The group which predicted the 21st of May 2011 as the day the world will end admitted that the prediction was made in error but it believes it has the correct date this time around. 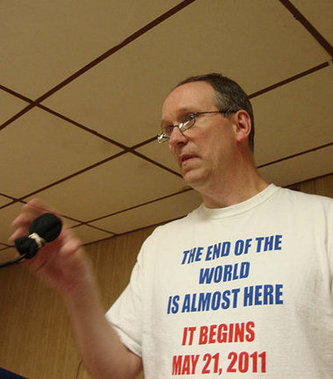 Hear what Chris McCann told the Guardian UK in a recent interview.

“According to what the Bible is presenting it does appear that 7 October will be the day that God has spoken of: in which, the world will pass away,” “It’ll be gone forever. Annihilated.”“God destroyed the first Earth with water, by a flood, in the days of Noah. And he says he’ll not do that again, not by water. But he does say in 2nd Peter 3 that he’ll destroy it by fire,” There’s a strong likelihood that this will happen.“Which means there’s an unlikely possibility that it will not.” 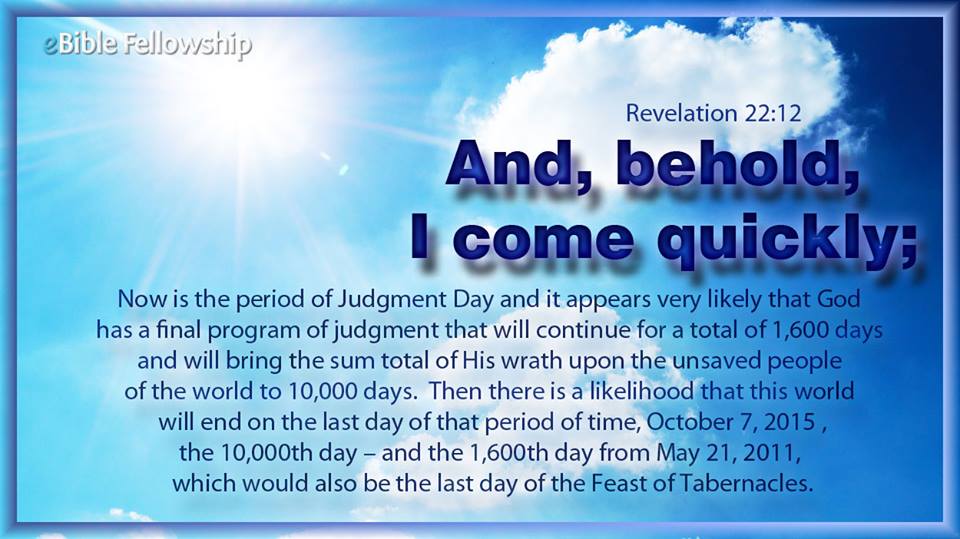 This prediction made yesterday is not biblical. It is a  total falsehood and a distortion of the truth.

Hear what the bible says

“However, no one knows the day or hour when these things will happen, not even the angels in heaven or the Son himself. Only the Father knows. – Mark 13:32 New Living Translation

The same message was repeated in Mathew 24:36

“However, no one knows the day or hour when these things will happen, not even the angels in heaven or the Son himself. Only the Father knows.

There is no cause for alarm.

As long as you are in right standing with God, there is no need to worry.

This group is using this hoax to promote their presence. BELIEVERS BEWARE!