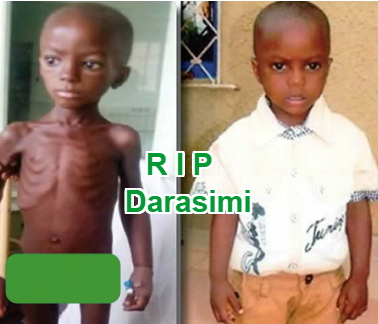 3-year-old Ogunwunmi Darasimi, a Kingergarden 1 pupil who mistakenly drank acid instead of water at Fahsal Children’s School in Idiroko area of Ota Ogun state in November last year has died.

After 9 months of agonizing pain, Darasimi who was unable to swallow or eat because the acid has destroyed his stomach and throat died on Monday the 12th of September 2016 after another attempt by doctors to open up his stomach failed. 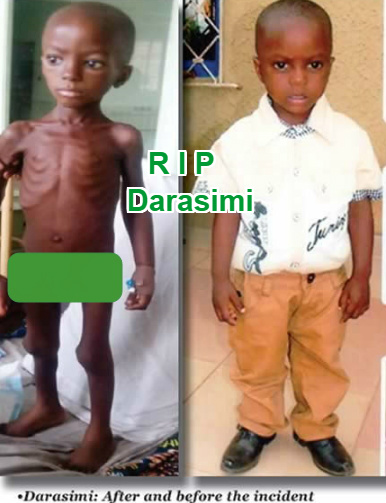 His mother, Toyin described the last days of his short life on earth as a living hell.