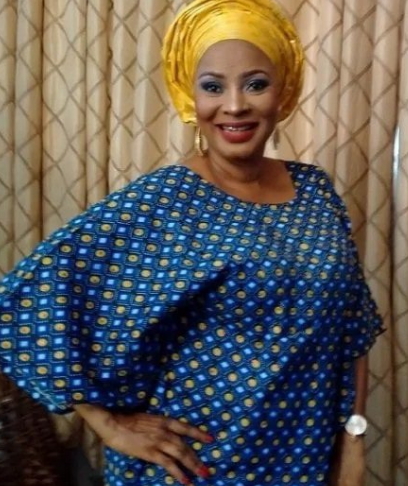 The actress who should have been buried in Canada last week Thursday is yet to be buried after Fayose turned down his offer to help and warned the burial committee to release a statement to distance him from Moji Olaiya.

The burial was cancelled at the last minute last week Thursday when the family received a call from a key figure in Ekiti state promising to prevail on Fayose’s administration to help sponsor the transport fare of the remains of the actress from Canada to Nigeria since she’s an indigene of the state.

The unidentified politician also urged the burial committee to request for sponsorship from the governor which they did. According to an insider NaijaGists spoke to today, Fayose was said to have initially agreed sadly, when unpaid civil servants in the state came after him, he was forced to change his mind at the last minute, leaving the family of the deceased stranded.

However, help came when the burial committee sought the help of Bola Tinubu who agreed to fly the deceased and her baby girl home for a befitting burial.

Foluke Daramola’s hubby, Kayode Salako took to the social media to blast Fayose for insulting the family of the deceased after initially promising to help. 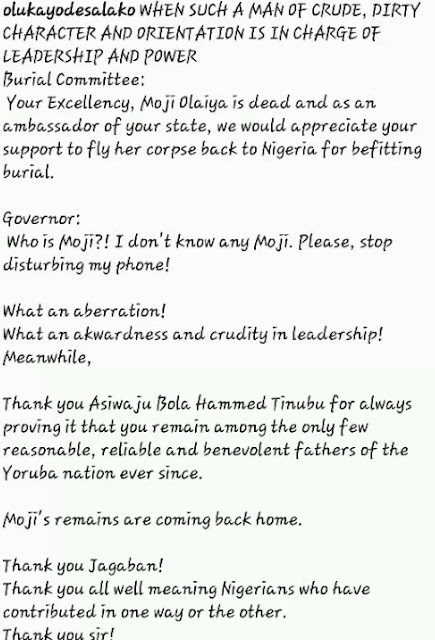 Kudos to Tinubu for this act of benevolence.